Sheridan Smith is set to make her return to TV, starring in a brand new ITV drama to be filmed later this year.  The BAFTA Award winner star will take a lead role in ‘Clean Break’, playing a working-class woman caught between two worlds. Her character Sam is a devoted mum by day, while by […]

function onPlayerReadyVidible(e){‘undefined’!=typeof HPTrack&&HPTrack.Vid.Vidible_track(e)}!function(e,i){if(e.vdb_Player){if(‘object’==typeof commercial_video){var a=”,o=’m.fwsitesection=’+commercial_video.site_and_category;if(a+=o,commercial_video[‘package’]){var c=’&m.fwkeyvalues=sponsorship%3D’+commercial_video[‘package’];a+=c}e.setAttribute(‘vdb_params’,a)}i(e.vdb_Player)}else{var t=arguments.callee;setTimeout(function(){t(e,i)},0)}}(document.getElementById(‘vidible_1’),onPlayerReadyVidible); If there’s a notable gap in your diary on the 14th February, A-list actor Idris Elba might just have the solution. Idris is offering you the chance to be his Valentine’s Day date, promising “a night you will not forget”as part of a charity raffle. Entrants will be […]

‘EastEnders’ bosses have issued a statement after some viewers were upset character Mick Carter used a “racist” slur in a recent episode.  Danny Dyer’s character was heard using the term “eyetie” to describe an Italian-themed night his son Johnny had hosted at the Queen Vic on Tuesday (10 January).  He said: “He’s obviously talking about this, you know, […]

It’s officially been a year since the reality TV moment so outrageous, we still question whether or not we dreamed it. First, a bit of context. In January 2016, the world was mourning the loss of David Bowie, who had died at the age of 69, following a private battle with liver cancer. Well, apart […]

What It Takes To Become A British Spy
ladsfads.com

My name is Marlene and I am a resident of London. I am also a trainee spy. Not Really. But, I am a part of Channel 4’s brand new reality series Spies. In the four-part series I, along with 15 others, were selected for our ‘exceptional aptitude and potential to become a spy’. The show […]

Michelle Connor and Steve McDonald’s turmoil is set to continue ‘Coronation Street’, when they return to the street after losing their baby. On Wednesday (11 January), viewers saw Michelle suffer a stillbirth, when her waters broke despite the fact she was just 23 weeks pregnant. Friday’s two episodes will show the couple going back to […]

Why La La Land Is A Film That Hollywood Golden Age Actresses Would Be Proud Of
ladsfads.com

In case you hadn’t noticed, the film that will probably scoop up the most Oscars this year is in cinemas in the UK this week fresh from cleaning up a the Golden Globes earlier this week. La La Land has all the components of a sure-fire Academy Award magnet – all singing, all dancing ensembles, […]

Ed Sheeran has revealed how he lost more than three stone after putting on weight during his break from the limelight. The singer said he gained weight during his year off from touring, reaching 15 stone. But now the 25-year-old has upped his fitness regime and is back to 11.5 stone, thanks to daily sessions of […]

We’re just over a week in, and already ‘Celebrity Big Brother’ has lost one of its housemates, with Ray J bowing out early for health reasons, before the first eviction has even taken place. But with a fresh vacancy in the house, it seems producers won’t have to look far to fill it, as former […]

A new trailer has offered a first look at Joseph Fiennes in character as Michael Jackson, in new TV show ‘Urban Myths’. Joseph will controversially be playing MJ in an episode based on a cross-country road trip the King Of Pop supposedly took with pals Marlon Brando and Elizabeth Taylor, in the wake of 9/11, […]

Iman Posts This Touching Tribute To Husband David Bowie, On First Anniversary Of His Death
ladsfads.com

function onPlayerReadyVidible(e){‘undefined’!=typeof HPTrack&&HPTrack.Vid.Vidible_track(e)}!function(e,i){if(e.vdb_Player){if(‘object’==typeof commercial_video){var a=”,o=’m.fwsitesection=’+commercial_video.site_and_category;if(a+=o,commercial_video[‘package’]){var c=’&m.fwkeyvalues=sponsorship%3D’+commercial_video[‘package’];a+=c}e.setAttribute(‘vdb_params’,a)}i(e.vdb_Player)}else{var t=arguments.callee;setTimeout(function(){t(e,i)},0)}}(document.getElementById(‘vidible_1’),onPlayerReadyVidible); David Bowie was remembered across the world yesterday, as fans gathered to mark the first anniversary of his death, but no gesture was more simple, and beautiful, than that made by his widow Iman.  David’s wife of nearly three decades posted this stunning image of the New York […] 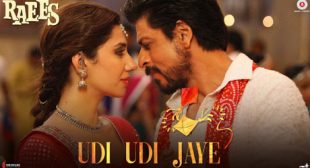 Udi Udi Jaye Lyrics of Raees by Sukhwinder Singh, Bhoomi Trivedi, Karsan Sagathia. Its music is composed by Ram Sampath and lyrics are written by Gulzar