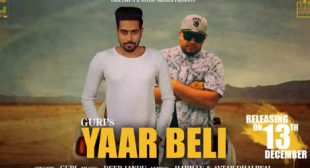 Yaar Beli Lyrics by Guri is a new Punjabi song composd by Deep Jandu and its lyrics are written by Harman & Avtar Dhaliwal.

James Blunt Anonymous Is The Support Group You Need But Won't Admit
ladsfads.com

TV chef Prue Leith has blasted rumours surrounding her appointment as a new judge on the ‘Great British Bake Off’, particularly in relation to reports around how much she’d be earning, as “complete nonsense”. In the past few weeks, Prue has repeatedly been named as a potential replacement for Mary Berry, following her departure from […]

‘To the happiest of birthdays my love! To the first of many more together!’ the smitten 32-year-old wrote.

Steps On Their New Album ‘Tears On the Dancefloor’ And Reuniting For Their 20th Anniversary: ‘People Are Ready To Be Happy Again’ (EXCLUSIVE)
ladsfads.com

No offence, but in these days of Ed Sheeran dominating the chart and Adele selling out stadiums across the land, we’ve been hankering for something a little more upbeat and colourful to brighten up a world (and Top 40) that appears to be getting darker by the day. So, the return of the mighty Steps […]

'The Voice' UK Loses Half Its Audience In Two Months, As Ratings Reach All-Time Low
ladsfads.com

‘The Voice’ has been dealt another blow with the news this year’s series has brought in the show’s lowest ever ratings. After five years of a lukewarm reception from viewers on the BBC, this year the singing show made the jump to ITV, with Sir Tom Jones returning to the judging panel, alongside will.i.am and […]

Sinead Tinker is set to suffer a miscarriage in ‘Coronation Street’, it has been revealed. The youngster, who is in a new relationship with Daniel Barlow, was recently stunned to discover she’s expecting a baby, but the in the weeks since we’ve seen her coming round to the idea of being a parent. Sadly, Katie […]

Women Of Faith Are Missing From Our TV Screens (And It's A Problem)
ladsfads.com

I’ve always believed in God, even if I don’t necessarily go to Church every Sunday, or get a kick out of watching Songs of Praise. My Christian faith is an important part of who I am and has helped shape my political beliefs and wider outlook on life. But as I’ve gotten older, I’ve increasingly […]

Why A Daily Satire TV Show Is So Difficult To Get Right
ladsfads.com

Lyndsay Duthie, University of Hertfordshire It was a bold scheduling move on the part of ITV, the UK’s main commercial television channel. Shifting the nightly news programme to make way for Britain’s latest attempt at a US-style late night talk show was always going to be risky. And so far, critics and viewers seem united […]

'Sabrina The Teenage Witch': Where Are They Now?
ladsfads.com

Speak to any child of the 90s about their favourite kids TV shows, and ‘Sabrina The Teenage Witch’ will most likely be among them. The US sitcom followed the life of Sabrina Spellman who awoke on her 16th birthday to discover she was a witch, and the often-hilarious situations she found herself in as a […] 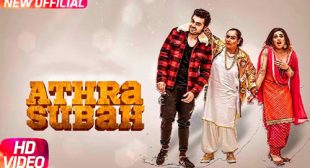 Athra Subah Lyrics by Ninja is a new Punjabi track featuring Himanshi Khurana. Its music is composed by Goldboy while lyrics are written by Bablu Sodhi.

The Neil Lane designed wonder is estimated to be worth as much as $100,000, according to E! News. The ring has a total of four carats and is a ‘romantic’ design.

function onPlayerReadyVidible(e){‘undefined’!=typeof HPTrack&&HPTrack.Vid.Vidible_track(e)}!function(e,i){if(e.vdb_Player){if(‘object’==typeof commercial_video){var a=”,o=’m.fwsitesection=’+commercial_video.site_and_category;if(a+=o,commercial_video[‘package’]){var c=’&m.fwkeyvalues=sponsorship%3D’+commercial_video[‘package’];a+=c}e.setAttribute(‘vdb_params’,a)}i(e.vdb_Player)}else{var t=arguments.callee;setTimeout(function(){t(e,i)},0)}}(document.getElementById(‘vidible_1’),onPlayerReadyVidible); You’d be forgiven for thinking that Ed Sheeran might be a little too busy for a TV appearance, but it’s been confirmed that the record-breaking singer will pop up in the next series of ‘Game Of Thrones’. HBO recently confirmed that the drama will return in July, and […]