‘Coronation Street’ Spoilers: Derek Griffiths To Leave After Just One Year On The Soap
ladsfads.com

Derek Griffiths, who plays Coronation Street’s Freddie Smith, is leaving the soap after just one year. Mechanic Freddie has been in Weatherfield for exactly 12 months, but his time on t’cobbles is coming to an end.  Derek doesn’t have long left on screen as he’s already finished filming, which means his final scenes will be […]

Stacey Solomon Breaks Down As She Recalls Abusive Relationship On 'Loose Women'
ladsfads.com

function onPlayerReadyVidible(e){‘undefined’!=typeof HPTrack&&HPTrack.Vid.Vidible_track(e)}!function(e,i){if(e.vdb_Player){if(‘object’==typeof commercial_video){var a=”,o=’m.fwsitesection=’+commercial_video.site_and_category;if(a+=o,commercial_video[‘package’]){var c=’&m.fwkeyvalues=sponsorship%3D’+commercial_video[‘package’];a+=c}e.setAttribute(‘vdb_params’,a)}i(e.vdb_Player)}else{var t=arguments.callee;setTimeout(function(){t(e,i)},0)}}(document.getElementById(‘vidible_1’),onPlayerReadyVidible); Stacey Solomon fought back tears as she opened up about an abusive relationship on ‘Loose Women’.  The former ‘X Factor’ star became emotional on Monday’s (13 March) edition of the ITV daytime show, admitting she doesn’t feel she will ever quite be her full self again.  As the […]

Depression And The Awareness Being Raised By Stormzy
ladsfads.com

I’m embarrassed to say until three months ago I had never heard of Stormzy until Clara Amfo played “Shut up” on Radio One. Since then I’ve been seduced into the world of Grime music by his honesty and passion for his craft. He has brought the Grime scene to the forefront of the industry helping […]

Kim Kardashian breaks down about Paris robbery on KUWTK
ladsfads.com

In the preview, the teary 36-year-old socialite described in detail to her sisters, Khloe and Kourtney, the October 3, 2016 incident in which robbers ransacked a home she was staying at.

If You Write A Play About A Muslim Woman People Assume It's About Syria Or Violence Against Women
ladsfads.com

A Hounslow Girl is a name given to a young British Muslim Girl who wears a hijab and seeks to balance the two co-existing worlds of traditional cultural values alongside her own British identity. Torn between wanting to please her elders by upholding the Islamic ideals she has been taught but also longing to assimilate […]

It was a big haul for a really big ape. The blockbuster emerged victorious beating off rivals to smash its way into the top spot and forcing Logan, Wolverine’s last stand, into second place in its second week.

As of earlier this week, Shirley Carter joined the ranks of soap characters currently in prison, when she took the blame for the sake of Mick in ‘EastEnders’. And while Linda Henry’s character is certainly not someone that we’d ever mess with, her cellmate decides otherwise and is less than welcoming. How will Shirley deal […]

function onPlayerReadyVidible(e){‘undefined’!=typeof HPTrack&&HPTrack.Vid.Vidible_track(e)}!function(e,i){if(e.vdb_Player){if(‘object’==typeof commercial_video){var a=”,o=’m.fwsitesection=’+commercial_video.site_and_category;if(a+=o,commercial_video[‘package’]){var c=’&m.fwkeyvalues=sponsorship%3D’+commercial_video[‘package’];a+=c}e.setAttribute(‘vdb_params’,a)}i(e.vdb_Player)}else{var t=arguments.callee;setTimeout(function(){t(e,i)},0)}}(document.getElementById(‘vidible_1’),onPlayerReadyVidible); Joni Sledge of legendary disco group Sister Sledge has died, aged 60. The singer, who formed the group with her sisters Debbie, Kim and Kathy in 1971, was found unresponsive by a friend at her home in Phoenix, Arizona, her publicist said. A cause of death has not […]

‘Gogglebox’ star Sandra Martin has opened up about the time she spent in prison after being convicted of fraud. Sandra, who shot to fame after appearing the on the Channel 4 show alongside her best friend Sandi Bogle, served time in 1984. Speaking about her stint inside for the first time, the 54-year-old says she […]

WISE WORDS: 'One Day' Author David Nicholls On The Pain Of Criticism, And Domestic Bliss
ladsfads.com

For the latest in our WISE WORDS interview series – where stars from a whole range of fields share the important life lessons they’ve learned along the way – we’re posing some of the big questions to author and screenwriter DAVID NICHOLLS. Working first as a television screenwriter, David contributed four episodes of early ‘Cold […] 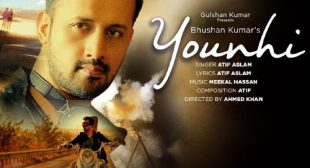 Younhi Lyrics by Atif Aslam is a solo Hindi song written, composed and sung by Atif Aslam. Its video is released by T-series while music is directed by Meekal Hassan. 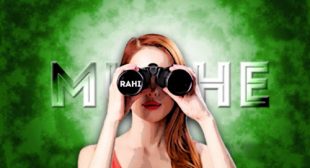 Holi Hai Lyrics by Tony Kakkar is a Holi festival song sung, composed and written by him. Get song’s full audio and lyrics here.

Bruce Forsyth is on the mend after spending five days in intensive care, his daughter has revealed. The showbiz legend was rushed to St Peter’s Hospital in Surrey last week with a serious chest infection, just days after his 89th birthday. He has since returned home, where he is being nursed by his wife Wilnelia. […]