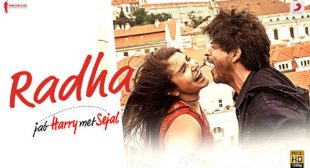 Radha Lyrics from Jab Harry Met Sejal feat Shahrukh Khan and Anushka Sharma. Sunidhi Chauhan and Shahid Mallya has given their voices to it. Pritam has composed its music while Irshad Kamil has written its lyrics.

9 Hacks To Make This Year's Festival Season Your Cheapest Yet
ladsfads.com

Nothing compares to the thrill of seeing your favorite artists alongside tons of game-changing newcomers in one epic weekend. While you can’t put a price tag on the awesome experiences you’ll have to, but you can take some simple steps to avoid your bank balance taking a pounding. Save your hard-earned cash with a few […]

Ahh, Glastonbury. Almost upon us once again! Those lucky enough to have tickets are fervently performing sun dances and those who don’t are mentally willing the heavens to pour open with equal intensity. As the only nation who manage to rock mud-clodden wellies whilst getting sun burned shoulders, we have an uncanny tendency to be […]

Reigning ‘Strictly Come Dancing’ champion Joanne Clifton has stepped down from the show, ahead of this year’s series. Joanne triumphed in last year’s live final, alongside celebrity partner Ore Oduba, but has decided not to return when ‘Strictly’ kicks off its 15th series later this year. She said: “Being part of the Strictly experience has […]

Zayn Malik Describes Being Held At Airport Security For Three Hours As A Teenager
ladsfads.com

Zayn Malik has opened up about his past experiences of being discriminated against as a British Muslim, specifically detailing one incident at an airport. In a new interview with the Evening Standard, the ‘Pillowtalk’ singer described an incident that occurred during the early days of his fame with One Direction, when he was held for […]

From the moment Katie Price announced news of a new single, we’ve been eagerly awaiting a performance as iconic as her Eurovision effort, and we think the Pricey may have just outdone herself.  The star took to the stage on Wednesday’s (21 June) episode of ‘Loose Women’ to give ‘I Got U’ its live debut, and […]

The legendary actor, 60, who is the only person to win three Best Actor Oscars, confirmed the news via a short public statement 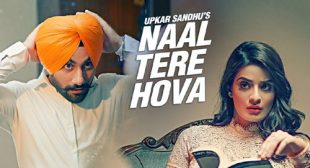 Naal Tere Hova Lyrics by Upkar Sandhu is Punjabi song with composed by Gupz Sehra. Its lyrics are written by Guri Batala and video is directed by Frame Singh.

'EastEnders' Spoilers: Linda Carter Returns To Walford, But Will She Reconcile With Mick?
ladsfads.com

‘EastEnders’ bosses have teased the return of Linda Carter to Albert Square.  Kellie Bright will be back on screen as the Queen Vic landlady next week, as her character celebrates her 40th birthday.  Linda will arrive back in Walford for a surprise party thrown by her husband Mick (Danny Dyer), but she will soon realise […]

function onPlayerReadyVidible(e){‘undefined’!=typeof HPTrack&&HPTrack.Vid.Vidible_track(e)}!function(e,i){if(e.vdb_Player){if(‘object’==typeof commercial_video){var a=”,o=’m.fwsitesection=’+commercial_video.site_and_category;if(a+=o,commercial_video[‘package’]){var c=’&m.fwkeyvalues=sponsorship%3D’+commercial_video[‘package’];a+=c}e.setAttribute(‘vdb_params’,a)}i(e.vdb_Player)}else{var t=arguments.callee;setTimeout(function(){t(e,i)},0)}}(document.getElementById(‘vidible_1’),onPlayerReadyVidible); Four ‘Big Brother’ housemates are set to face the public vote this week, following the second round of nominations. At the end of yet another explosive week in the house, Chanelle McCleary, Hannah Agboola, Joe Quaranta and Rebecca Jane are all facing the chop, with the third eviction […]

The festival season is upon us again and for many teenagers attending their first festival is an undisputed rite of passage, as they celebrate the end of exams and enjoy some quasi adult independence. As a parent it can be a testing time but it can be made easier.  The first time my eldest teen went […]

Musical aficionados and mud enthusiasts will begin descending upon Glastonbury from Wednesday and the word on everyone’s lips is… weather. As you will have noticed, it’s been a sweaty few days across England and Wales, with temperatures tipping almost 33C on Monday in the south east. Whether you intend on roughing it in a tent or […]

function onPlayerReadyVidible(e){‘undefined’!=typeof HPTrack&&HPTrack.Vid.Vidible_track(e)}!function(e,i){if(e.vdb_Player){if(‘object’==typeof commercial_video){var a=”,o=’m.fwsitesection=’+commercial_video.site_and_category;if(a+=o,commercial_video[‘package’]){var c=’&m.fwkeyvalues=sponsorship%3D’+commercial_video[‘package’];a+=c}e.setAttribute(‘vdb_params’,a)}i(e.vdb_Player)}else{var t=arguments.callee;setTimeout(function(){t(e,i)},0)}}(document.getElementById(‘vidible_1’),onPlayerReadyVidible); Following the huge success of ‘Wonder Woman’, Gal Gadot’s salary is receiving a lot of attention. Why, you ask? Because she was paid $300,000 for the starring in the movie. The actress’s pay was first revealed by Variety back in 2014 but it’s receiving a renewed amount of […]