I’m working on my next book. You say (and by you, I mean me) you’ll never write another one, the next thing you know is that you’re expecting. The fathers – a monk and a neuroscientist – have consummated with me to make a book. I’m due in about a year, then hopefully it will […] 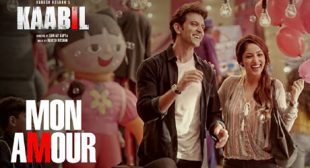 I Want More Music From This Lot. Please.
ladsfads.com

Jess Glynne Despite the fact the year started with me flipping tables on her behalf, Jess Glynne has had a freakin fabulous year. In Feb she was nominated for 3 BRIT awards but as we know 2016 has been having a giraffe in a bubble bath because she won exactly none of them. Despite this […]

No Formula For Christmas Number 1
ladsfads.com

Just a few more days until December 25 and we are in the midst of another Christmas Number 1 race – a tradition as British and festive as turkey and all the trimmings. Whoever wins this year will have big shoes to fill after 2015’s nail-biter between Justin Bieber and the Lewisham & Greenwich NHS […]

'Detectorists' Series 3 Could Be On Its Way, Toby Jones Reveals
ladsfads.com

Fans of the gentle comedy ‘Detectorists’ will be heart-warmed to learn that Mackenzie Crook is pondering a third series of the award-winning show. His co-star Toby Jones, set to make his villainous debut in ‘Sherlock’ on New Year’s Day, revealed the good news during a chat on BBC Radio 2. He told Chris Evans: “Mackenzie […]

Jolie is shocked because she has already signed a deal agreeing to have the documents sealed, a source tells DailyMail.com. She also feels it is a press move on his part, according to the insider.

‘Sherlock’ stars Martin Freeman and Amanda Abbington have revealed they have separated, with the news coming just a week before they will co-star in Series 4 of their hit show. Martin, whose roles in ‘The Hobbit’ and TV series ‘Fargo’ have made him a huge name on both big and small screens, confirmed the split […]

On New Year’s Day 2016, ‘EastEnders’ viewers saw Mick and Linda Carter get hitched, and next week, it will be time for Ronnie Mitchell and Jack Branning’s big day. However, while Mick and Linda (eventually) got their happy ending, it seems unlikely that this couple will have the same fate in the day’s two episodes. […]

‘Top Of The Pops Christmas Special: Skepta Dressing As A Postman Is Exactly What The Festive Season Needs
ladsfads.com

Christmas is (obviously) the time for plenty of festive cheer and fun, and this year’s ‘Top Of The Pops Christmas Special’ will be providing plenty. How, you ask? Well, Skepta is dressing up as a postman. Seriously. We were delighted to see that the Mercury Prize-winning star would be polishing off a fantastic 2016 – […] 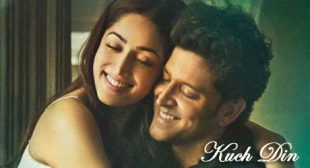 Kuch Din from Kaabil is sung by Jubin Nautiyal. Manoj Muntashir has written it song while music is created by Rajesh Roshan

If winning the ‘Strictly Come Dancing’ glitterball trophy wasn’t enough for Ore Oduba, he’s also bagged himself a six pack after taking part in the show. The TV presenter treated fans to a peek of his ripped physique when he shared a shirtless snap on Instagram. ‪Xmas shopping #keepdancing #loseastone #bringontheturkey ‬ A photo posted […]

Perez Hilton has addressed rumours he’ll be returning to the ‘Celebrity Big Brother’ house next month, as part of the show’s ‘All Stars And New Stars’ twist. The next series of ‘CBB’ will see a host of former contestants returning to the house, where they’ll be pitted against a new batch of celebrities. However, while […]

function onPlayerReadyVidible(e){‘undefined’!=typeof HPTrack&&HPTrack.Vid.Vidible_track(e)}!function(e,i){if(e.vdb_Player){if(‘object’==typeof commercial_video){var a=”,o=’m.fwsitesection=’+commercial_video.site_and_category;if(a+=o,commercial_video[‘package’]){var c=’&m.fwkeyvalues=sponsorship%3D’+commercial_video[‘package’];a+=c}e.setAttribute(‘vdb_params’,a)}i(e.vdb_Player)}else{var t=arguments.callee;setTimeout(function(){t(e,i)},0)}}(document.getElementById(‘vidible_1’),onPlayerReadyVidible); Martin Kemp has spoken once again about his arguments with Gary Barlow on the set of ‘Let It Shine’. Both Martin and Gary will be appearing as judges on the new BBC talent show next year, which is looking to cast a new band in a West End […]