Transporting Me Temporarily Into Another Life – My Albums Of 2016
ladsfads.com

This time last year, I wrote in these very pages that my desire for music in 2016 was for “something that confuses the shit out of me while educating, entertaining and transporting me temporarily into another life, so that I remain incapable of even cooking my dinner.” Well, if there’s one thing that we’d have […]

10 Stars Everyone Will Be Talking About This Time Next Year
ladsfads.com

This time next year we’re predicting that this lot will be household names. Remember, you heard it here first… Susan Wokoma (Actress) After shooting to fame in E4’s BAFTA-nominated comedy ‘Chewing Gum’, Susan ‘Susie’ Wokoma then wowed us again in ‘Crazyhead’, which she also wrote. We’re predicting even bigger things for the 28-year-old Londoner in […]

When The Party's Over
ladsfads.com

If 2016 is to have an overarching theme, I think many of us would agree that it is death. Not only was it the year that our membership of the EU met its sudden and untimely demise and The Great US of A croaked its last with its ill-advised trip to Trumpton. It was also […]

The fictional female superhero has a 75-year history of inspiring and empowering young girls thanks to DC Comics, the ABC/CBS series, and the upcoming Warner Bros. film

It’s been another eventful twelve months in showbizland, but which TV, film, music and celebs tickled the HuffPost Entertainment team’s fancy in 2016? Here’s out pick of the best – and worst – of the year. function onPlayerReadyVidible(e){‘undefined’!=typeof HPTrack&&HPTrack.Vid.Vidible_track(e)}!function(e,i){if(e.vdb_Player){if(‘object’==typeof commercial_video){var a=”,o=’m.fwsitesection=’+commercial_video.site_and_category;if(a+=o,commercial_video[‘package’]){var c=’&m.fwkeyvalues=sponsorship%3D’+commercial_video[‘package’];a+=c}e.setAttribute(‘vdb_params’,a)}i(e.vdb_Player)}else{var t=arguments.callee;setTimeout(function(){t(e,i)},0)}}(document.getElementById(‘vidible_1’),onPlayerReadyVidible);   — This feed and its contents are the property of The […]

Lee Ryan has had his say on reports that he’s returning to ‘Celebrity Big Brother’ next month. In January, the ‘CBB’ house will throw open its doors once again to a host of new famous contestants, as well as some old faces, as part of its ‘All Stars And New Stars’ twist. While Lee’s name […] 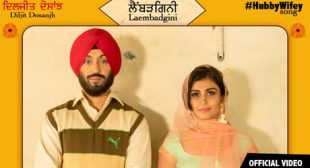 Matt Damon 'may have been exposed to toxic fumes when filming Great Wall in China'
ladsfads.com

It is the film set in the picturesque and unspoiled location of medieval China. But it has been claimed toxic chemicals were used on the set of forthcoming film The Great Wall.

When Does ‘Celebrity Big Brother’ 2017 Start? Date, Contestant Line-Up And Everything Else To Know About The 'All Stars And New Stars' Series
ladsfads.com

It may only be a few months since Stephen Bear was crowned the latest ‘Celebrity Big Brother’ winner, but another series is already upon us.  Next month will see Britain’s most famous abode open its doors once again, but this time the house will be welcoming back a bunch of ‘CBB’ legends alongside some other […]

In the interests of clarity and for anyone who gives a monkey’s, here’s where I’m at. Like so many people, I’m worried about the effects on our civilisation of what appears to be an increasing emergence of forces and instincts across Europe and the West with anti-democratic, deeply authoritarian and worryingly demagogic elements. Whether they […]

Christmas Films On Netflix For 2016: Have A Binge-Fest With Our Pick Of Streamed Film And TV
ladsfads.com

Lenny Henry said this weekend that, in 10 years’ time, watching scheduled TV will seem “quaint”.  If that’s the case, it seems streaming service Netflix is already gearing up to provide an alternative kind of Christmas, where you get all the festive cheer you require, but with the convenience of a takeaway, rather than gazing […]

Sandi Bogle has announced that she is leaving ‘Gogglebox’, in order to pursue a career in music. Best known for sharing a sofa with her pal Sandra Martin, Sandi has appeared on the Channel 4 show for the past three years, making her debut appearance in the first series way back in 2013. However, after viewers […]

Bethany Platt is set to be at the centre of a sex ring storyline in ‘Coronation Street’, according to reports. Lucy Fallon’s character has moved into the spotlight this year with a plot centring on diet pills, but it’s now being claimed that she’ll be taking on something even tougher in the New Year. The […]