Taylor Swift Tells Fans On Tumblr That Her Mother Andrea Has Cancer – 'She Wanted You To Know'
ladsfads.com

Taylor Swift has shared with her fans the bad news that her mother has been diagnosed with cancer. The ‘Shake It Off’ singer explained on Tumblr that she, as one of her Christmas presents last year, she requested her mother Andrea have a health check, and the tests revealed that her mother was ill. Taylor […] 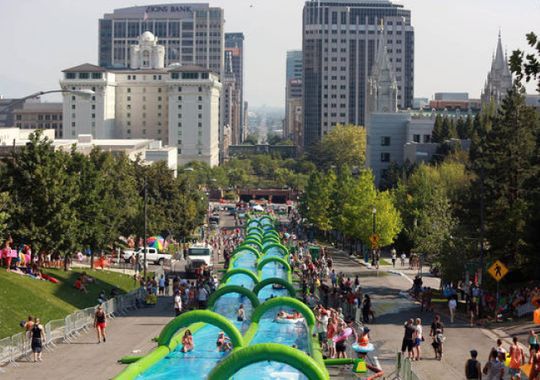 There’s a 1,000-foot water slide touring the US and we’re booking our tickets right now
ladsfads.com

The slide was tested out in Salt Lake City last year (Picture: Slide the City) We all have childhood memories of creating our own water slide in the garden on those long, hot summer days. Unfortunately they were usually about two meters long and always seemed to end with someone sliding into a fence. If […]

Stuck for comebacks? Practice these and you’ll have every situation covered
ladsfads.com

If your grandma asks you if you have gained weight just tell her ‘yep, its added patty for the haters’. That’s just one of the comebacks comedian Claire Ayoub advises women use if they are stuck for words after someone insults them. She hopes to help people who might not be that great at coming up […] 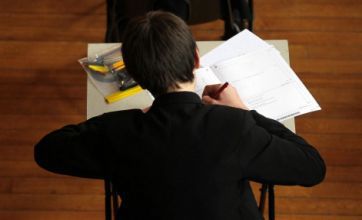 What a crafty guy (Picture: PA) For most children cheating in exams usually involves writing some answers on your palm and later gazing on a black smudge which is no help at all. One German student however has perfected the discipline, and if you don’t agree with his reasoning you have to at least admit he has […] 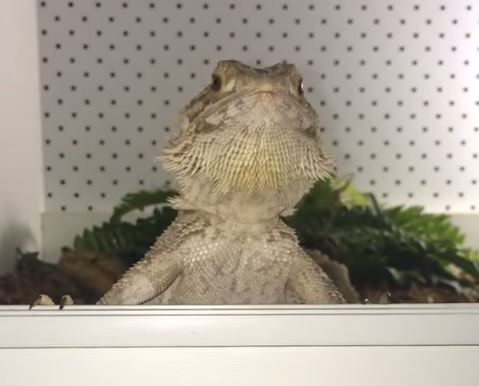 When this bearded dragon gets hungry she nods her head
ladsfads.com

If only all pets were this polite when they got hungry This bearded dragon nods her head when she’s feeling peckish. In a YouTube video owner Shannen Hussein can be heard asking Liz whether she’s famished. Other lesser animals may have looked on in confusion but not her. MORE: Six-year-old boy diagnosed with epilepsy after parents watch […]

Jeremy Clarkson has been unveiled as one of the hosts for the new series of Have I Got News For You. So, despite smacking a producer in the face BECAUSE HE WAS PECKISH, it looks like the comeback is on for the curly-haired man who acts first and asks questions later – usually sober questions […]

‘Orange is the New Black’, the award-winning and critically acclaimed original series from Netflix, is on its way back for its third season, and the very first trailer has arrived. Litchfield’s ladies are all back for more laughter within the walls – Piper, Red, Crazy Eyes, Taystee, Poussey, Sophia, Daya, Gloria, Big Boo, Pennsatucky. Alex […]

Winston Churchill was fascinated with science – he was the first Prime Minister to have a scientific adviser and encouraged resources to be pushed into science – and Churchill’s Scientists, a fascinating new exhibition at the Science Museum, shows just how many scientific breakthroughs and ground-breaking discoveries were made during the War as a result […]

The couple, who married in the summer of 2014 in France, already have six children together. Jolie has visited Syria six times since 2012 and has a keen interest in the refugee camps there.

Getting Your Book Into Literary Festivals
ladsfads.com

The tinkle of laughter through a canvas tent. The simple delight of hearing a story read aloud. The thrill of spotting your favourite author queuing for a foraged elk burger. It could only mean one thing – the literary festival season is upon us. These days festival organisers are increasingly open to indie authors because […]

A 21st Anniversary Tribute to Britpop – Why the UK Charts Have Never Had It as Good Since
ladsfads.com

I was 16-18 in the years 1994-96, and was before then a staunch metaller listening solely to thrash and Nirvana after renouncing chart music at the turn of the decade. That all changed though when I heard the opening bars of Oasis’ Definitely Maybe in ’94 – Rock & Roll Star‘s guitar squall crashing in […]

There’s an essence of Marmite on the island of Ibiza, growing stronger and more forceful as each summer rolls by. I’m not talking about the distinct brown food paste with a smell so powerful it’ll make you want to run and hide from your kitchen cupboards for this is something far greater than spreadables. It’s […]