Joey Essex joined Nigel Farage on Wednesday morning, taking a boat trip with the Ukip leader as he began campaigning in Grimsby. No, you have not stepped into an alternate universe. This is really happening. Joey and Nigel Joey and Nigel met and greeted each other in front of the waiting press and, according to […]

From 'Whitechapel' To 'Monk', 'Sherlock' To Sheldon In 'Big Bang Theory' – The Top Screen Characters With OCD
ladsfads.com

While the very serious condition of obsessive-compulsive disorder (OCD) has been much examined and debated in medical circles, there’s no doubt the condition has lent itself to some of our biggest film and TV talents as a way to set apart some of the screen’s most memorable characters. DI Joseph Chandler (Rupert Penry-Jones) in crime […]

William And Kate Get The ‘Newzoids' Treatment: Duke And Duchess Of Cambridge To Feature In ITV's New Puppet Show (PICS)
ladsfads.com

Just like ‘Spitting Image’ before it, it seems no one is safe from getting the ‘Newzoids’ treatment – and that includes the Duke and Duchess of Cambridge. William and Kate are the latest public figures to be poked fun at in the new ITV puppet sketch show – and the rest of the Royal Family […]

The ‘Twin Peaks’ cast have launched a #SaveTwinPeaks campaign, following the news that the show’s creator David Lynch is no longer part of the planned reboot project. A third series of the cult classic is set to air in 2016, however, last week, David revealed that he won’t be directing the shows. David Lynch Now, […]

The Boy Next Door review by Brian Viner
ladsfads.com

Rob Cohen’s The Boy Next Door stars Jennifer Lopez as Claire Peterson, a teacher still coming to terms with her husband’s infidelity when a young hunk moves in next door writes BRIAN VINER.

CIA scandal that got lost amid our obsession with Monica Lewinsky: Kill the Messenger is reminiscent of All The President's Men, writes BRIAN VINER
ladsfads.com

Political thriller Kill The Messenger tells the true story of an investigative reporter who uncovered what he called a ‘dark alliance’ between the CIA, Nicaraguan rebels and cocaine traffickers.

Julianne Moore delivers her performance as a linguistics professor diagnosed with early-onset Alzheimer’s disease with notable subtlety and no grandstanding, writes BRIAN VINER

There are some good ideas in this comedy about three hapless American businessmen hoping to clinch a deal during a trip to Berlin, but probably the best idea is to give it a miss. 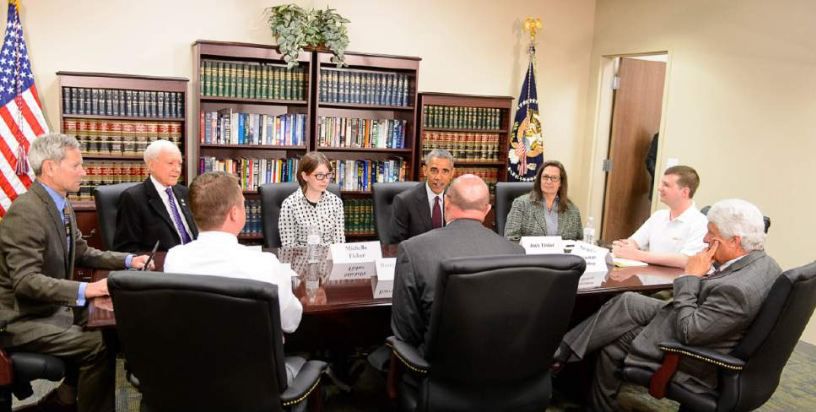 Man accidentally gets invite to Obama meeting – guess which one he is
ladsfads.com

Wearing that polo with pride (Picture: imgur.com) That sinking feeling when you turn up in casual wear but the dress code is smart.  Imagine that, but on a presidential scale. Now look at that guy on the right. According to Reddit, he was accidentally sent to a special round table meeting with President Obama but […]

Man wears fake moustache to ‘yawnfest’ debate to give his mates a laugh at home
ladsfads.com

Leaders of the Scottish political parties went head to head for a live debate last night.  And one audience member anticipated what a total ‘yawnfest’ it would be – so wore a fake moustache. Danny McAfee, a singer in Dundee Led Zeppelin tribute band, said he did it to give his mates a laugh. That’s all folks. […]

Lily James is fine in the title role, just about overcoming the challenge of being preternaturally good and kind, but not too boringly insipid, writes BRIAN VINER.

A super-Beyoncé fan has had a taste of her own fame after setting her boyfriend an exam on the bootylicious singer to figure out whether they were well suited for each other. The boyfriend proved he was crazy in love and passed with flying colours, meaning the fan didn’t have to join the single ladies […]