Natalia Kills and Willy Moon have been keeping a low profile since being fired from ‘X Factor New Zealand’, but now, they’ve publicly addressed their rant and subsequent sacking. However, while you’d be forgiven for thinking that the husband and wife duo would issue grovelling apologies, they appear to be trying to apologise without actually […]

More volunteers are required to road-test a brand new app that promises to bring the world of ‘Game of Thrones’ and other hit shows into the homes of blind and partially-sighted viewers, as well as films like ‘Wolverine’ and ‘Maleficent’. The charity RNIB is trialling a new app, MovieReading, which viewers can access through their […]

Zayn Malik is set to miss a section of One Direction’s ‘On The Road Again’ tour. The singer has been signed off with stress, meaning he’ll miss three concerts due to take place in the Far East during the next week. Zayn Malik A spokesman for the band tells The Sun: “Zayn has signed off […]

Cara Delevingne‘s star just rose EVEN higher, with her lead role in the big screen adaptation of author John Green‘s bestseller ‘Paper Towns’. WATCH Cara and her co-star Nat Wolff in the first trailer for the new film above… Neither Cara nor author John Green, who penned last year’s hit ‘The Fault in Our Stars’, […]

Sam Smith is undergoing something of a transformation at the moment after shedding more than a stone in two weeks. READ MORE: Sam Smith: ‘I Was Attacked For Being Gay’ You Need To Hear Sam Smith And John Legend’s Comic Relief Single The ‘Stay With Me’ singer has shared a series of snaps on Instagram, […]

Fans of Nikolaj Coster-Waldau who can’t wait for the new series of ‘Game of Thrones’ will be relieved to know they can catch the Danish heartthrob on the big screen in ‘A Second Chance’, the latest heart-churner from Oscar-winning director Susanne Bier. Watch him in conversation about his latest role above… Nikolaj stars as Andreas, […]

From 19 to 29 March fiveFilms4freedom becomes the first digital, global LGBT film festival. Five short films from BFI Flare, the UK’s leading LGBT Film Festival, will be available to audiences around the world for the first time through BFI player, the British Film Institute’s online video service. As well as giving people in the […]

The Power of Shame
ladsfads.com

You would be forgiven for thinking recently that social media is a shame generator that is crushing free speech whilst being run by a cabal of angry feminists/trans women/teenage boy gamers. And considering some of the strides made recently you’d think feminism has won. There are those who do. Those who think equality “has gone […]

Yes Kanye's an Idiot, But Is Trying to Get Him Banned From Glastonbury Really More About Race?
ladsfads.com

All I can do this time is sigh. The overwhelming feeling of “haven’t we been here before?” is so disappointing. No matter how much anyone against Kanye West headlining on Glastonbury’s Pyramid Stage claims it’s nothing to do with racism or hip hop (a genre of music intrinsically tied to black people and the black […]

Pete Waterman Interview: Waiting for the Next Big Thing
ladsfads.com

“I’ve always been driven by what people want and not what I like,” says Pete Waterman OBE. “I’m lucky enough to have come into this business seeing The Beatles before they were The Beatles, when they were John Lennon and The Silver Beetles. What they were doing had been done before, yes, but they were […]

Today marks the release of the next chapter in the Divergent franchise. I have no shame admitting I’m a fan of Veronica Roth’s trilogy. Sure, it’s aimed at a slightly younger demographic, but the unusual concept and exciting plot twists make the books real page-turners. I read the first two books in a matter of […] 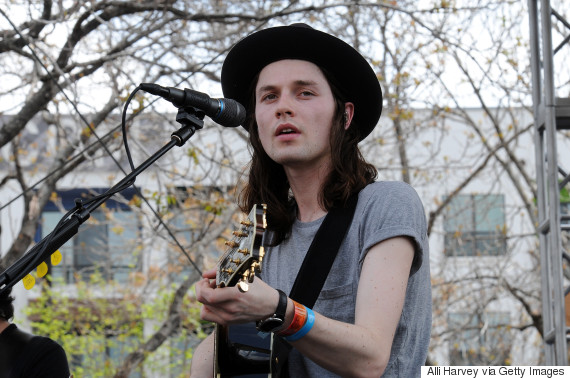 James Bay currently finds himself in an unusual position. Thanks to the Critics’ Choice accolade, he’s already in possession of a Brit Award, despite the fact his debut album ‘Chaos And The Calm’ is yet to drop. On top of that, James is on just about every single ‘One To Watch’ list that’s been compiled […] 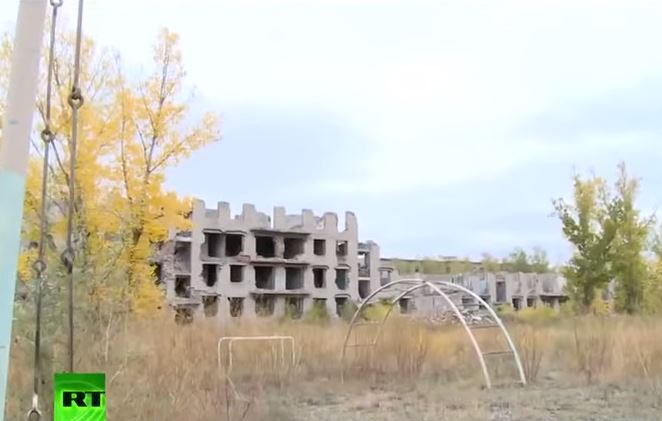 Something in Kalachi is sending people to sleep (Picture: YouTube/RT) An eerie small town with a disease that’s causing people to fall asleep? Sounds like a Stephen King novel to us. Residents in Kalachi have been randomly passing out over the last two years and no-one quite knows why. More worryingly an expert thinks the […]