Davina McCall was on the receiving end of a rather bizarre phone call from her friend, comedian Alan Carr, when he pranked her as part of his new TV show. The ‘Long Lost Family’ host was the victim of a joke call from Alan during the latest instalment of ‘Alan Carr’s Happy Hour’. As part […]

Peter Capaldi Hopes Theresa May Takes On Board Doctor Who's Christmas Message
ladsfads.com

The actor who plays the timelord in Doctor Who has said he hopes Theresa may takes on board the show’s message of compassion after learning she was a fan. Speaking on the Andrew Marr Show on Sunday morning, Peter Capaldi said he was “quite surprised” to learn the Prime Minister liked to make the programme […]

Cinema A Force To Be Reckoned With In 2016
ladsfads.com

2016 has been a turbulent year for a whole host of reasons, but one thing that has remained consistent is the strength of cinema. At the start of the year, after a year when admissions were the fourth highest in 44 years, it looked like 2016 would struggle to follow it. However, as I write […]

’The Apprentice’ winner of 2016 has been named, as Alana Spencer.  With her Welsh luxury cake business, Alana has won a £250,000 investment and the chance to go into business with Lord Sugar.  In Sunday evening’s series finale, both Alana and Courtney had to pitch their ideas to 250 industry experts, as well as Lord […]

Zsa Zsa Gabor has died aged 99, it has been announced. The actress and socialite died of a heart attack, according to TMZ. With her sparkling jewels, red carpet-ready gowns and unmistakable accent, Zsa Zsa was one of Hollywood’s vintage stars, but her health had deteriorated in recent years, following a car crash in 2002 […]

It’s not Christmas in Soapland without a disagreement or two and in ‘Coronation Street’, Nick Tilsley and Peter Barlow will come to blows. The duo have been sparring (mentally, at least) for weeks, and when Nick spots Peter heading out on Christmas Day, he becomes suspicious. When he then realises a Bros tape with a […]

This year’s ‘Strictly Come Dancing’ final had so many stand-out moments, from Len Goodman’s emotional farewell to Danny Mac’s dramatic showdance – and that’s without even mentioning Ore Oduba’s victory. One thing we always look forward to, though, is seeing the former contestants from the series returning to the dance floor for one last time, […]

Remember that iconic ‘Celebrity Big Brother’ when Jasmine Waltz climbed through a grandfather clock to tell Lee Ryan she was ba-ack? Yeah well, it seems she could well be ba-ack again in the new year, as she’s the latest star to be rumoured for the upcoming ‘All Stars’ edition of ‘CBB’. Jasmine, as we’re sure […]

The youngest Kardashian sibling took to Instagram to share several memes relating to his situation with his 28-year-old fiancee.

Since winning ‘I’m A Celebrity’ earlier this month, Scarlett Moffatt has been heavily tipped to launch a career in TV presenting in 2017, and it seems she may have found her first high-profile gig. Scarlett first rose to prominence on the Channel 4 show ‘Gogglebox’, and according to reports she’ll be staying there, to front […]

'Strictly Come Dancing': Craig Revel Horwood Says Len Goodman Will Be Back In The Future
ladsfads.com

The dust has barely settled from Len Goodman’s ‘Strictly Come Dancing’ exit, but his fellow judge Craig Revel Horwood has already suggested he’ll be back. In Saturday’s (17 December) live final, Len was given an emotional send-off, prior to Ore Oduba being announced as this year’s winner. However, while Len appears to have hung up […] 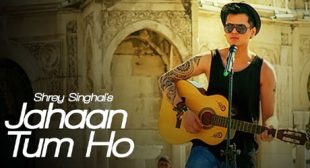 function onPlayerReadyVidible(e){‘undefined’!=typeof HPTrack&&HPTrack.Vid.Vidible_track(e)}!function(e,i){if(e.vdb_Player){if(‘object’==typeof commercial_video){var a=”,o=’m.fwsitesection=’+commercial_video.site_and_category;if(a+=o,commercial_video[‘package’]){var c=’&m.fwkeyvalues=sponsorship%3D’+commercial_video[‘package’];a+=c}e.setAttribute(‘vdb_params’,a)}i(e.vdb_Player)}else{var t=arguments.callee;setTimeout(function(){t(e,i)},0)}}(document.getElementById(‘vidible_1’),onPlayerReadyVidible); Bafta-nominated actor Michael Sheen has said he intends to give up his successful Hollywood career to focus on being a political activist in his home town of Port Talbot. The Welsh actor, who has lived in Los Angeles for 14 years, said that he has been prompted to […]