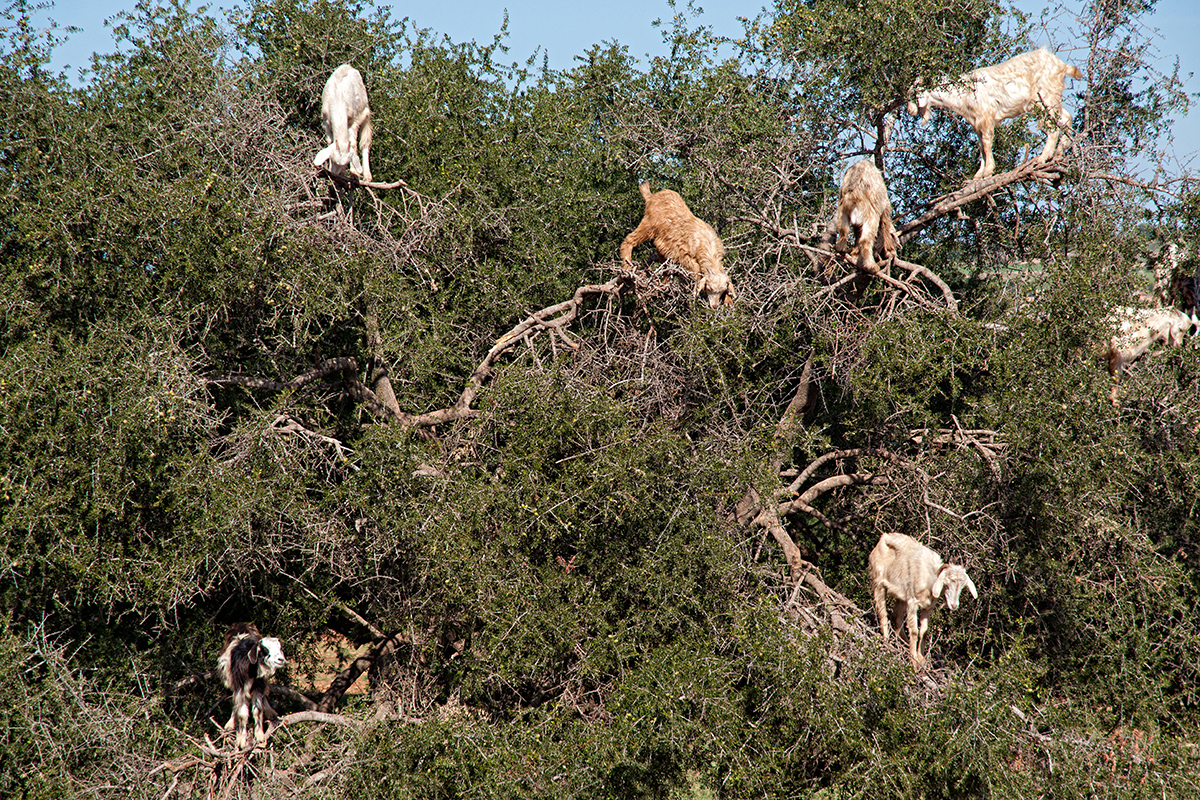 This video of a herd of goats standing in a tree is terrifying
ladsfads.com

This is definitely how the apocalypse is going to look. Trust us. If the rapture doesn’t include goats in trees like in this video then we’ll be very surprised. MORE: A man won a scientific award for getting bees to sting him five times a day The unsettling clip of wild stock just casually hanging […]

Jessica Simpson sparked concern from fans on Thursday evening, when she made an appearance on the US’s Home Shopping Network channel to flog her latest range of jeans. During her 2-hour slot on the channel, Jessica baffled fans with her slurred words and erratic chatting, leading many to question whether she was drunk. Watch her […]

Jeremy Clarkson To Return To The BBC As Host Of The First Episode Of New Series Of ‘Have I Got News For You'
ladsfads.com

Jeremy Clarkson is set to return to the BBC as the host of the first episode of the new series of ‘Have I Got News For You’. READ MORE: Richard Hammond Reveals The Real Reason He Quit ‘Top Gear’ Chris Evans ‘Wants One Massive Change To Top Gear’ Five Reasons Zoe Ball Is Actually THE […]

Everyone has cringeworthy old videos they’d rather keep to themselves, but the internet is making those so much harder to hide… After the only copy was lost two decades ago, rare footage of Robson Green acting in a Tyne and Wear Metro video has emerged on Youtube. The clip was shown in schools and aimed […]

Nine Reasons I Believe Everyone Is an Artist
ladsfads.com

I didn’t believe I was an artist even though I set up a hip hop dance company aged 15 and haven’t really stood still since! I have always seen myself as creative but reserved ‘artist’ for a special type of person. I’m only now recognising that, in fact, I believe everyone is an artist. Here […] 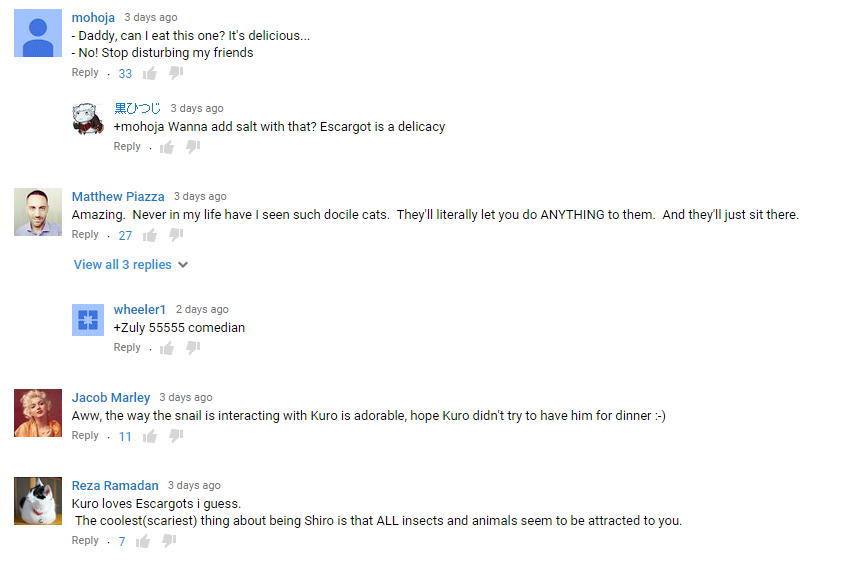 People are REALLY into this video of a snail necking on with two cats
ladsfads.com

Sometimes the internet offers up some pretty weird shiznit. Today is one of those times. So here’s a video of a snail chilling out on one cat’s paw, while being repeatedly licked by another cat. Well, why not? Amazingly this oddly relaxing clip has been watched more than 64,000 times. And people in the comments […] 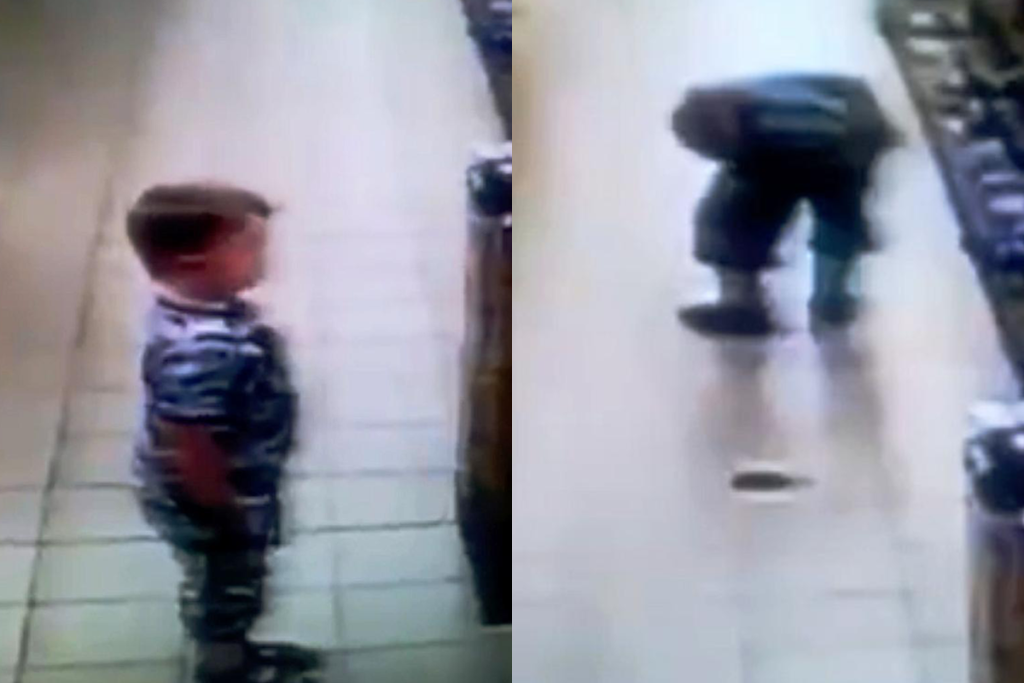 A child took an impressively stealthy poo in the middle of a supermarket
ladsfads.com

His skills are weirdly impressive (Picture: Liveleak) A little boy took a covert poo and left it on the floor of a supermarket. On a video uploaded to LiveLeak this week, the young kid is seen walking down an aisle in a Russian shop by himself. All seems normal at first – but then suddenly, out of […] 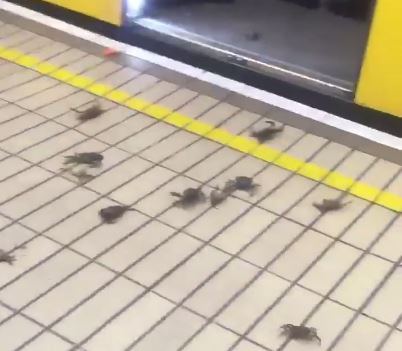 Some crabs tried to get on the Newcastle Metro without a ticket
ladsfads.com

(Picture: Facebook/Newcastle Uncovered) These crabs were spotted attempting to board a train as they crawled along the platform at Gateshead Metro Station. In the bizarre footage, the crustaceans can be seen heading on to a train headed to Tynemouth, while passengers look on in total bewilderment. How they managed to get there in the […]

Pensioner forces young boy to kiss her in a lift
ladsfads.com

brightcove.createExperiences(); This is the moment that a pensioner forced a schoolboy to kiss her in a lift. In footage of the incident, the woman, who is believed to be about 60 years old, can be seen making a series of advances at the young boy. Eventually he pushes her away after she kisses him. And while […]

A brand new trailer has arrived for a biopic drama about late Apple boss Steve Jobs, on the day his successor at the company calls such films “opportunistic”. ‘Steve Jobs’ stars Michael Fassbender as the computing guru, with the film directed by Danny Boyle from a script by Aaron Sorkin. But this pedigree of filmmakers […]

Professor Green’s autobiography ‘Lucky’ is out now, and in it, the London-born rapper tells more than a few interesting tales, including this totally unexpected one about Blur’s Alex James. In a snippet noticed by Digital Spy, Pro Green reveals that he once received a rather interesting, X-rated offer from the bassist. And while he reckons […]

Craig Charles has made an unexpected revelation ahead of his ‘Coronation Street’ exit, explaining that he didn’t actually want to quit the ITV soap. Until now, TV fans were under the impression that Craig had willingly handed in his notice, however the actor has now realised that he’d rather have enjoyed a hiatus, and returned […]