'Fifty Shades Of Grey' Star Jamie Dornan Got His Role In 'Racing Hearts' After Getting Drunk With Director
ladsfads.com

If you can’t wait to see Jamie Dornan in his secret room in the forthcoming ‘Fifty Shades of Grey’, you can catch him in romantic ‘Racing Hearts’, on home release from this Monday. READ MORE: What Jamie’s Most Worried About Seeing In ‘Fifty Shades’… Jamie’s director Dominique Deruddere, previously Oscar-nominated for ‘Everybody’s Famous’, tells HuffPostUK […]

Suge Knight turned himself in and was charged with murder after a hit-and-run in Compton, California. The ‘accident’ followed an argument on the set of N.W.A. biopic Straight Outta Compton. 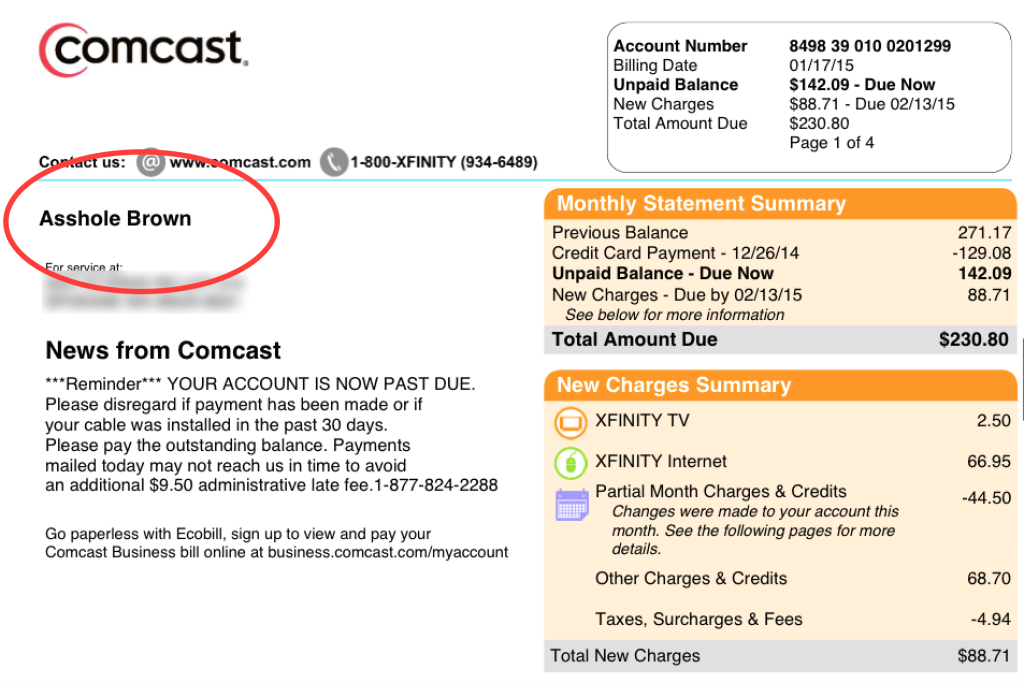 Charming or not (Picture: Lisa Brown) After cancelling cable TV, a couple found the name on their internet and TV bill had been changed to ‘A**hole Brown’ . Lisa Brown explained they had made the decision to cancel their cable TV from communication giant, Comcast, after encountering financial difficulties. After she explained she wanted to […]

Nominating Keith Chegwin face-to-face must be a bit like kicking a puppy, but that’s exactly what the ‘Celebrity Big Brother’ housemates did on Wednesday night. (Nominated Cheggers, that is. Not kicked a puppy.) MORE ‘CBB’: What Are Katie And Perez Rowing About Now? The Tan-tastic Truth Behind Patsy’s Eight Nominations Patsy Kensit Dishes The Dirt […]

Ant and Dec are preparing to return to Saturday night TV, with a new series of their hit show ‘Saturday Night Takeaway’. Naturally, the pair have marked their return by dressing up as superheroes… We’re not really sure why but it’s Ant and Dec, so who cares?! How is Ant keeping a straight face? ITV […]

Arctic Noir fever has come to Sky Atlantic, with its big-budget thriller ‘Fortitude‘ making its debut this evening. ‘Fortitude’ is a tiny community north of the Arctic circle, where everyone knows the business of the few other people, and noone’s sure if the sheriff is good or bad, because as one resident explains, it’s his […]

Some celeb fans pay tribute to their favourite stars by copying their hairstyles, but one San Antonio-based barber is taking things to the next level. Rob Ferrel crafts intricate portraits of famous face on people’s scalps using nothing but a standard set of clippers. Look out for #thequeenlatifahshow this Monday, Tuesday and Wednesday! #robtheoriginal segment, […]

I have been having an affair…Please don’t tell my partner, but the truth is: there are few things I adore more than being wedged between strangers in a packed theatre auditorium, lights dimming and Actors emerging. It was a few years back at a National Theatre platform that my affair became too strong to ignore. […]

Every series of Big Brother and its Celebrity sibling has the possibility of romance hanging over the housemates. Speculation will be rife as the press pick apart the contestants profiles in the hope of performing a little matchmaking, so that they can herald the fact that they corrected predicted the coupling when they finally come […]

Artist Hugo Dalton took part in an unusual performance at the Royal College of Music this week. In the exquisite Britten Hall, deep in the college basement, he collaborated with Indonesian pianist Imma Setiadi in a rendition of Debussy Preludes that they have titled Debussy Explosion. While the diminutive Setiadi emphasised the dramatic rise and […]

Which One Of Lena Dunham's Girls Are You?
ladsfads.com

While women once asked themselves whether they were a Carrie or a Samantha, these days, it’s all about discovering which one of the women in Lena Dunham’s award-winning, critically acclaimed series Girls you most relate to. Are you channeling Hannah’s obsessive, self-absorbed quirkiness, or maybe your personality is closer to Jessa’s try-anything-once boho free-spiritedness? Season […]

Universal Pictures has unleashed the long-awaited Super Bowl spot for the upcoming ‘Minions’ film. The ‘Despicable Me’ prequel will land in cinemas this summer, featuring the vocal talents of Sandra Bullock, Steve Coogan and Jon Hamm. The film will follow a group of Minions helping the world’s first female supervillain take over the world, circa […]

Charli XCX: 9 Facts In 90 Seconds On The 'Break The Rules' And 'Boom Clap' Singer (PICS)
ladsfads.com

If you’re not familiar with Charli XCX, then trust us, it’s only a matter of time before you are. 2014 was a massive year for the up-and-coming pop singer, and she topped the charts all over the world with her Iggy Azalea collaboration ‘Fancy’, but it looks like the 12 months ahead will be even […]