IdeasTap Closure: A Disaster for a Generation of Emerging Artists
ladsfads.com

Arts charity IdeasTap has announced it’s being forced to close due to lack of funding. The organisation’s disappearance will leave a gaping hole in the UK’s support network for young artists. Doing anything at all – paid or unpaid – in the creative industries is hard enough. You study an arts subject at school or […]

Sleazy buffalo crosses the line to kiss girl against her will
ladsfads.com

Look, buddy, she’s not interested!  Can you believe this guy? The sleazy buffalo isn’t taking no for an answer. It started out as a kind gesture from a young woman who handed the beast some food. Now he’s practically throwing himself at her. It’s embarrassing and desperate. Take the hint pal. MORE: Lion teabags buffalo […] 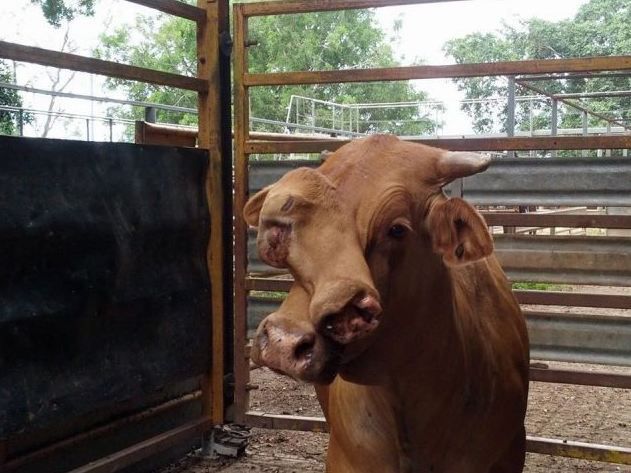 Seeing double: Bull was born with two faces (Picture: EPA) Bet this bull’s a right b***h. But the two-faced beast has found a home after it was snapped up from a farm in Queensland, Australia. It caught the internet’s attention when Mareeba Saleyards posted this photo on Facebook. Yard chairman Gerry Collins told the Brisbane Times: […]

Early Childhood and an Introduction to Maths
ladsfads.com

Maths forms the major underlying context of the film X plus Y. The primary character – Nathan’ – is largely based on myself during the teenage years participating in maths competitions. Both Nathan and myself felt that doing maths was the entire purpose of life. As I once said in the documentary Beautiful Young Minds; […]

I just finished the first week of my Sane New World show at the St. James Theatre in London. I can say for the first time in a long time, this is as close to happy as I get. To me the feeling of being happy is very close to the feeling of indigestion so […]

Rebecca Ferguson has taken on a pretty hefty task with her third album. After releasing two of the most critically-acclaimed albums ever recorded by a former ‘X Factor’ contestant – both of which she co-wrote herself – she’s gone in a new direction completely with her new release. Rather than releasing her own self-penned tracks, […]

Tales From the Middle of Nowhere: The Good, the Bad and the Bubbly… Pt 3
ladsfads.com

So… Woke up in Manchester and it was….raining! I used to get really annoyed when I lived there that people would always say “It rains all the time in Manchester”. It doesn’t rain “ALL the time, it only rains when YOU visit”… would be my standard retort. But I have to say the last 10 […]

Will 2015 Be the Most Historic Year for Women in History?
ladsfads.com

At every point in history women have always struggled for recognition, rights and equality. This year is no different. The journey for women in the UK, and globally, is far from over. Our incomes and ownership of resources still lag behind men’s. Our representation when important decisions are being made – whether in parliaments, boardrooms, […]

Kim Kardashian accused of getting fillers to keep her youthful appearance
ladsfads.com

The E! star looked very different just eight years ago and UsWeekly claimed it is because Kim has been getting fillers all over her face. They maintain, however, that she has not had a nose job.

The world needs more people like Caralee Savage. When the flight attendant held the plane so late guests could board, she chose not to make a droney announcement over intercom, but instead crank out some cray dance moves. The video shows Caralee getting her groove on to Bruno Mars’ hit Uptown Funk. She uploaded it to YouTube and […]

‘EastEnders’ star Danny Dyer couldn’t resist another dig at Katie Hopkins on Tuesday evening, when he picked up the Soap Personality prize at the Tric (Television and Radio Industries Club) Awards. The actor’s jibe comes after two weeks of online feuding, which began when Katie mocked Danny’s recent engagement news. Danny poses with his award […]