Paul McKenna is a happy man, positively beaming. It doesn’t take much pressing to uncover that his fiancée Kate is behind this new-found contentment, after, by his own admission, the majority of his adult life spent dating all the wrong kinds of women.

“I spoke to a friend of mine who told me, quite bluntly, ‘You go out with all these pretty women, but you don’t like them very much and they don’t like you,’” he repeats, seemingly taking this damning verdict on the chin.

That was Paul’s cue to put into action his own ‘Excel spreadsheet of the sub-conscious’ (if anyone’s allowed to talk like this, it’s Paul McKenna, seller of eight million self-help books and counting) which helped him discover that he was actually in love with Kate, his friend and colleague of more than two decades. Awkward, perchance?

Terribly, admits Paul – until a quiet dinner established that things were reciprocated in that area. There’s now a big ring on Kate’s finger, a bigger smile on Paul’s face and a wedding planned for sometime in 2016, with his friend Simon Cowell booked in as best man. 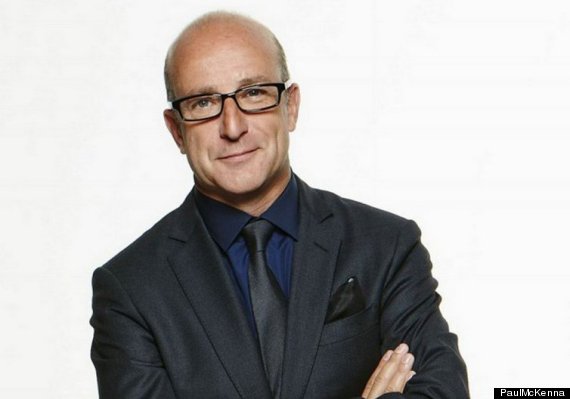 Paul McKenna claims he’s a work in progress, he doesn’t have all the answer – ‘Sometimes I need to read my own books’

Paul chuckles at the idea that domestic bliss has finally arrived for him and Si, after three decades of parties and decidedly not settling down. “We were on the beach in Barbados over Christmas,” he says. “Simon was playing with his son, I was looking at wedding venues, and we just started laughing at ourselves. Who’d have thought it?”

Certainly not me, based on my impressions of him when we last spoke a couple of years ago, and I got somebody chippy, defensive, definitely feeling undervalued in the world. As it turns out, at the time, Paul was in the midst of depression, bereft after the loss of his father and some close friends, the demise of a relationship and confounded by his inability to summon any of his usual resources to deal with it all.

“Without a general direction, you’re basically setting off in a boat without a rudder”

Surprising, you might think for a man who’s made a fortune promising his readers all kinds of short cuts to health, wealth and happiness, but something deeper was obviously afoot.

Fortunately, Paul had enough self-awareness and qualified friends in the field to help examine why he wasn’t capable of smiling, and he became the recipient of some important lessons that he’s now decanted into his latest book, ‘The Three Things That Will Change Your Destiny Today’, an easy-to-read tome with fewer solutions than in his previous books, instead more suggestions and tools for clearing readers out of places of fear and distress and into new, more positive ways of thinking and finding their own way. It includes the technique of ‘havening‘, what Paul calls “separating the thought from the fear of a memory”.

“I only ever write about things I know about,” he explains. “This book has been 25 years in the making. People kept asking me, ‘What’s the one thing that makes the difference?’ and I realised there isn’t one, but there are three.

“It’s about cleaning up the past, getting in touch with who you really are, and then you can calculate from that what a fantastic life would be,” he says, brimming with certainty. “I’ll give you the access codes, but you have to make the calculations, because you’re the expert on you.

“And that’s the intrinsic difference between where I was before, ready to fix everyone, and where I am now.

“Absolutely not,” he says quickly. “Many of the people who buy my books just want to lose weight, they just want a solution.

“The things I was dealing with – confidence, sleep, weight, happiness – these were the best things I could do at the time, and I think they’re still relevant. But I don’t want to impose my own values on other people any more. I guess the subjects of the books are mirroring my own evolution.”

“I was told at school, you’ll never amount to anything”

Evolution, indeed, from that competitive Capital Radio DJ of the 1980s who persuaded his boss to lend him a theatre where he could stage hypnotism shows on a Sunday night. From there, it was ever onward via a TV show to success on the other side of the Atlantic, and then a catalogue of promise-making books, selling in their bucketloads.

With all of that has come fame, huge wealth but not always respect for his chosen field of hypnotherapy, probably because of a combination of his inescapable twinkly radio DJ background, and the fact that he makes it all look so easy. He tells me, “Someone might say to me, ‘well, it’s just common sense,’ and I think, well, why are they buying my books then? I worked bloody hard to take all that scientific learning and turn it into common sense.”

He’s evidently very happy, but there is still a ghost of that wounded, more competitive person I met two years ago, something he acknowledges himself. “I think that will always be there, ever since I was told at school I would never amount to anything. All of this is just my revenge, I thought, ‘fuck you.’”

But he says this very calmly, almost self-deprecatingly, and I have to say I admire him for owning up to so many human frailties when others who’ve achieved less in his field do not.

“Well, I can only see trouble if you don’t own up to that,” he agrees. “As soon as you start to say you have all the answers, the worst thing is you might start to believe it, and then you’ll absolutely get fucked.”

Additionally, Paul is the first to say that, despite his use of havening and learning the tricks of living a less traumatised life, he remains a work in progress.

“I don’t have all the answers. Sometimes I need to read my own bloody books,” he smiles.

“One of my great frustrations is when I’m genuinely trying do something good for someone, and people are either ungrateful or I’m misunderstood, and I think that’s one of my little challenges.”

Then, fortunately, he remembers he has a new companion at his side from now on…

“One of the things that has been so amazing is that Kate is so very smart, knows me incredibly well, and I just love to be with her all the time, because I feel very understood by her.”

So why didn’t Paul McKenna – self-aware beyond compare, guru to millions, author with all the answers – spot his soulmate standing next to him 20 years ago?

He looks bashful for a moment, waves a hand, “I just got bogged down with all the trappings, compensating for my inadequacies.” He smiles widely. “It happens.”

‘The Three Things That Will Change Your Destiny Today’, by Paul McKenna (Bantam) is available now