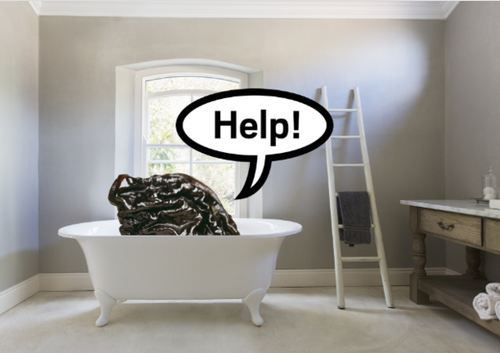 An elderly woman got stuck in a bath tub for six days and survived by drinking tap water.

The woman, believed to be in her 80s, was about to use the toilet when she slipped and fell at her home in Saint-Antoine-de Breuilh, Dordogne, southern France.

She was unable to reach an emergency alarm and was left for six days and forced to drink from the tap to survive.

A postwoman raised the alarm.

MORE: Merry Christmas from Hampshire: Resident puts up this sign on side of house

Silvette Villaud said: ‘I rang the bell but there was no answer.

‘I found it strange because the front door and the window shutters were wide open.’

But she surprised emergency services when they arrived by telling them she was fine.

She then asked for a glass of milk.

MORE: Man loses all photos of beloved dog – then finds one on Google Street View