Pete Waterman Interview: Waiting for the Next Big Thing

“I’ve always been driven by what people want and not what I like,” says Pete Waterman OBE. “I’m lucky enough to have come into this business seeing The Beatles before they were The Beatles, when they were John Lennon and The Silver Beetles. What they were doing had been done before, yes, but they were doing it differently. But today I know somebody will come along and get everybody excited again.” 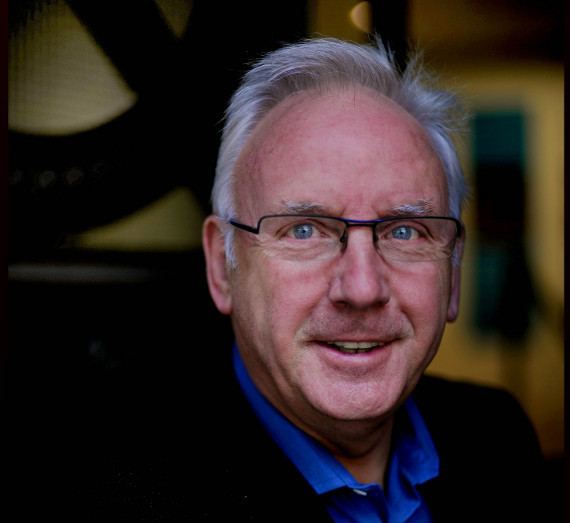 Waterman knows whereof he speaks, holding 22 number one hits after more than four decades in the business. “Seeing The Beatles, you thought, my god that’s unbelievable, but nobody thought in 1962 that what they were doing was revolutionary. Only in hindsight can we see what they did was completely revolutionary.

“They gave us all a problem because they were so brilliant at songwriting that everybody now expects everyone to be as good. The truth is, we can’t live up to what The Beatles left us as a legacy. They were unique.”

But there’s a wealth of bands out there still trying, all working hard to gain national recognition, be they bands like New Street Adventure, The Spitfires, Smoke Fairies, Doncaster wünderkinds John McCullagh and The Escorts or perhaps rising stars Syd Arthur, all aiming to surprise us, to gain our attention as did once those four lads from Liverpool who had worked long, hard hours in far flung clubs before the nation’s ears were pricked.

Coventry-born Waterman has witnessed at first hand the changes in the music business as one third of renowned songwriting trio Stock Aitken Waterman, who gave Kylie Minogue and Rick Astley to the world.

Having talked in the past about a need to feel goosebumps when hearing a hit record for the first time, you realise that his early work as a northern soul DJ helped finely tune his ear. “I began my interest [in music] in 1962 when I was a DJ. My audience wanted At The Top Of The Stairs by The Formations. It was about what people paid on the door on the night to hear. I was pulling in 2,000 people at 60p a head. That kept me in work, so that outlook has to shape your career.”

He says his greatest influence is still Motown “because it absolutely played to the street, and knew what the street was. These guys were the voices of my youth. To me, those Motown songs meant something.

“Tony Wilson [the late founder of Factory Records and the Haçienda] once said that Pete Waterman’s got the best A&R department in the world because he’s got a million playgrounds in Britain all telling him what to put out. And he was spot on.”

When he started out in the industry, Waterman says he couldn’t believe his luck that he was in it. “We couldn’t believe that someone was paying us eighty quid a week to do something that we would’ve done for nothing, which was listening to music all day, talking to artists and going into the studio. That’s the bottom line. We knew we had to give a product. If you didn’t sell records you were out of business. We grew up on music as part of our livelihood. We were just happy to be playing records. Now it’s groovy to be in the record industry, but it wasn’t when I came into it in 1970. We were classed as fairground barkers, and that’s the truth!”

With the recent re-releases of Kylie Minogue’s LPs Kylie, Enjoy Yourself, Rhythm Of Love and Let’s Get To It, Waterman’s presence can still be felt. “Pop music goes in trends, in cycles. At the moment the Americans are dominating the market, but I’ve seen this all before. When we came into the marketplace, before Kylie, we were constantly being told that singles were dead. We signed Kylie because we thought we could break that artist. It’s not fanciful to say that none of us understood the power of Neighbours.”

But can an artist be over-exposed? “Yeah, I think they can, but in the singles market, where it was so competitive, if you could keep a single alive for six or seven weeks, that’s the most you could do. Some artists now have three records in the charts. That was impossible back in my day. If you were really lucky you got 10 weeks, and that was a big record if you got that.”

He laments that there’s no clamour for the product today, and says “what we’ve lost now is the physical stuff. It’s interesting to me that everybody’s now talking about vinyl coming back, because it’s an ownership thing. You own vinyl, but you don’t own a download”.

Yet music will forever remain Waterman’s life blood and he’d never be able to turn his back on it. “Never,” he says. “I love the business when it goes like this. You can’t pack in music when it’s in your blood. I’ll pack it in when I shuffle off this mortal coil and not before because it is still the most incredible thing there is.”