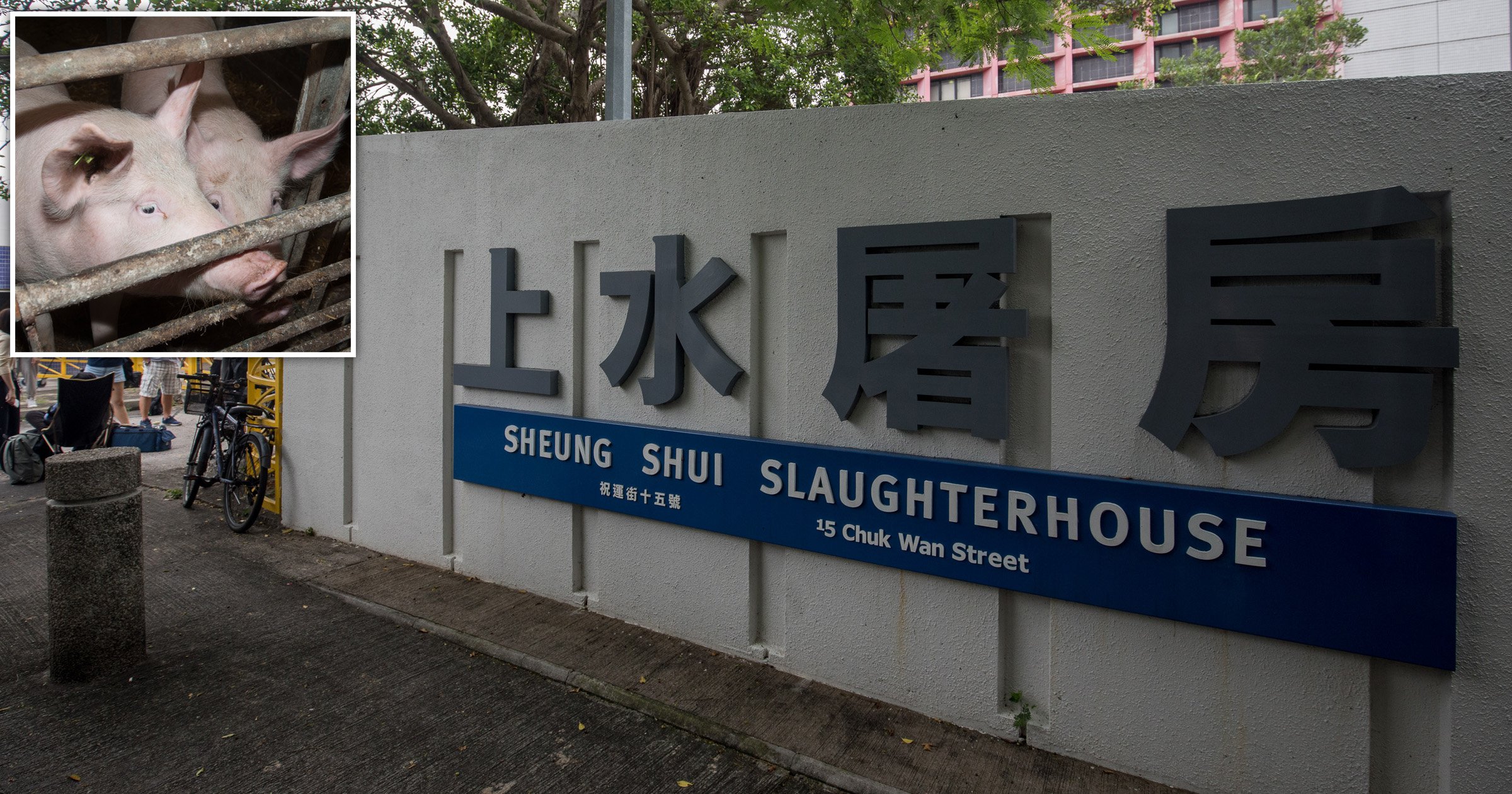 A Chinese butcher was killed by his own pig in what appears to be a tragic case of karma.

Police in Hong Kong confirmed the 61-year-old shot the animal with a stun gun before it regained consciousness and knocked him over.

Another colleague found him dead with a meat cleaver still in his hand and an injured left foot.

While detectives are yet to determine the cause of death, it seems the pig caused the butcher to stab himself with the knife.

It is unclear whether the pig managed to escape its fate.

Hong Kong’s Labour Department has launched an investigation and said it will recommend safety improvements.

A spokesperson said: ‘The Labour Department is saddened by the death of the person and expresses its deepest sympathy to his family.

‘We will complete the investigation as soon as possible to identify the cause of the accident, ascertain the liability of the duty holders and recommend improvement measures.’

Pigs are highly intelligent animals because of their capacity for social interaction, emotional contagion, ability to feel pain, and general hygiene.

They are rarely violent animals, except when protecting their young.