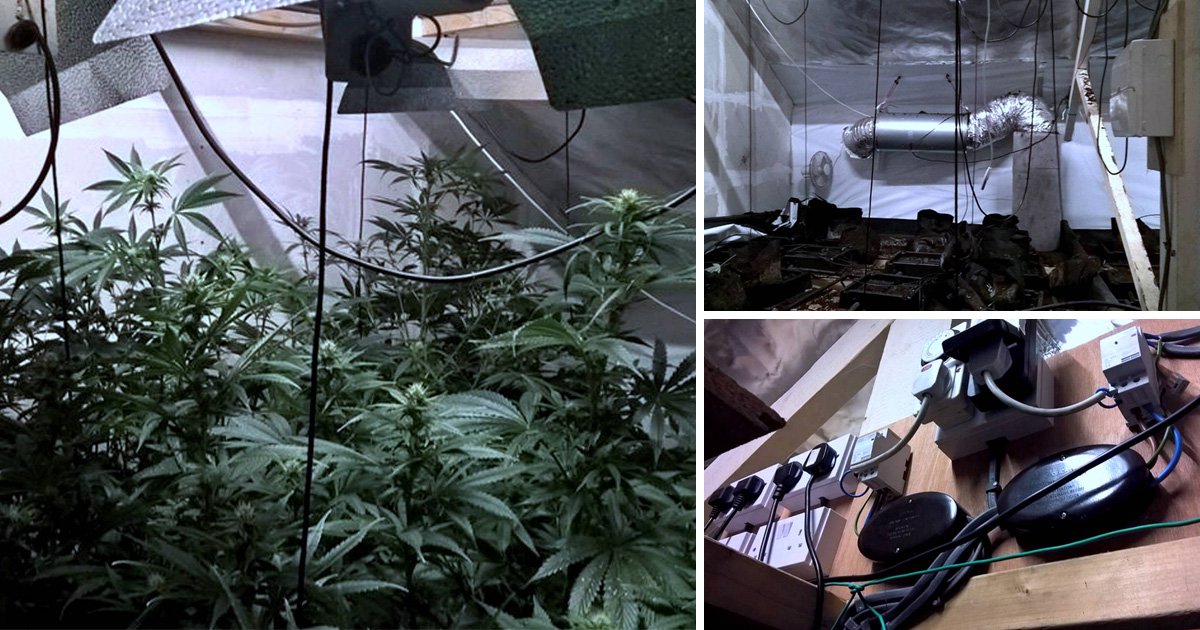 A couple of pensioners were arrested after a huge cannabis farm was discovered in their loft by accident.

Police were helping the woman, 65, into her house because she was so drunk that people called for fear of her welfare.

When they got into the house in Heaton, Newcastle, they noticed the distinct aroma that weed (apparently) gives off so started asking questions.

They found that it wasn’t just someone having a crafty joint, but a large stash of 54 plants and growing equipment stashed in their loft.

They arrested the woman and a man, 69, at the scene and the cannabis will be destroyed.

Inspector Julie Rana said: ‘The officers who responded to the initial call were primarily concerned about the welfare of the woman who was reported to be shouting in the street.

‘Their priority was to make sure she got home safely and that she was not intimidating any other members of the public in the area.

‘However, once inside they used their police officer instinct to sniff out criminal activity and seize what is quite a large home cannabis farm.

‘We know that there are mixed views on the production of cannabis and how seriously it should be taken by police but the reality is that it is an illegal drug.

‘Regardless of what people think about the effect of cannabis on society, we will seize and destroy any farms that we discover in our line of duty.’