Review: Barbara Hepworth, Tate Britain – A Great Sculptor, But Not a Great Exhibition 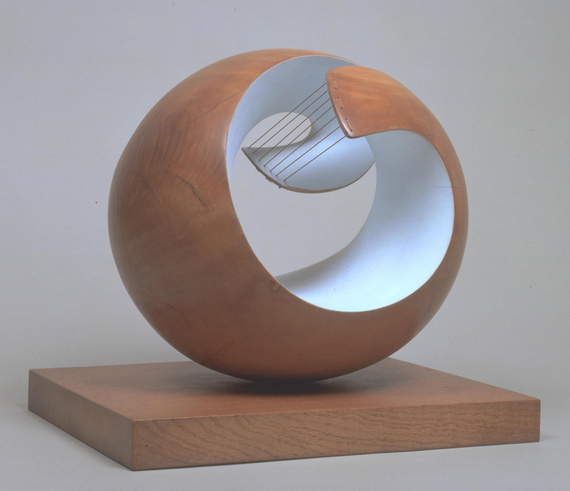 When I wrote my list of Top 10 art exhibitions to see in London in 2015, I had this Barbara Hepworth exhibition at Tate Britain at the top of the list. And though the pieces on show are a testament to this artist’s extraordinary skill and unique talent, this exhibition does not show her work at its best.

This exhibition, the first major London retrospective of Barbara’s work for almost 50 years, aims to chart her development from carving simple, small figures to her trademark large abstract forms. All well and good. And the pieces on display include some gems, but the vast majority of the works are displayed in alienating glass cases within austere rooms.

Barbara Hepworth was inspired by her landscape. She loved how she was carving out stones and wood that nature had already shaped before her. Her pieces are nurturing, soulful, and seem so inextricably linked to the earth. What a shame therefore that the dusty cases and bare walls are a million miles away from the protective landscapes she so admired. 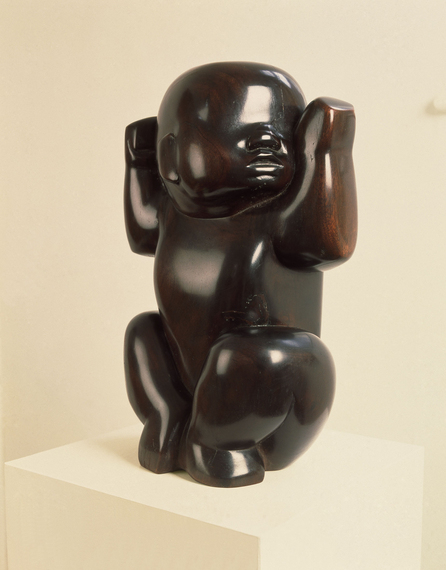 The exhibition also isn’t helped by its earlier rooms focusing so much on work other than Barbara’s. The first room is filled with tiny carvings (in glass boxes) from a range of artists including Henry Moore, Jacob Epstein and other less well-known sculptors.

The objective I sense was to set the scene of where sculpture was in the 1920s when Barbara first started. But this is all very unnecessary in a retrospective on a specific artist and actually gives the impression that the curators simply didn’t have enough pieces from Barbara to fill all their galleries.

But it was the second room that irritated me most – a room dedicated to Barbara’s relationship with Ben Nicholson, her second husband.

The justification is an attempt to show how Ben Nicholson’s work influenced Barbara’s – as if he painting faces actually encouraged her to use faces and figures in her work. Hardly revolutionary and, worse, the effect is to undermine Barbara completely by defining her by who she was in a relationship with rather than on her own terms. 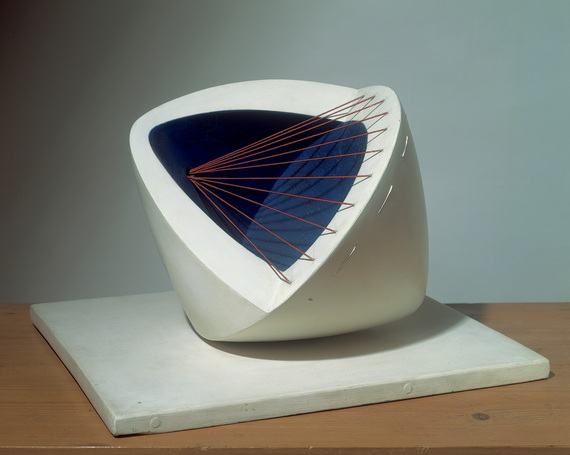 This keeps happening to female artists and just never happens to the men. I found it deeply infuriating. I am thrilled, for example, that the Sonia Delaunay exhibition at Tate Modern focuses on Sonia’s work with minimal mention of her husband Robert. Such respect is not afforded to Barbara here. The argument that Ben profoundly influenced her work is not made and instead just seems to be an excuse to put some pictures on the wall.

Even Barbara herself has said of her relationship with Ben, “it was a very splendid cooperation. We were very stern critics of each other’s works, and yet felt absolute independence.” So why compromise that independence like this?

The last few rooms are unequivocally the strongest. Not only has Barbara honed her work into her trademark style – large pieces of wood and bronze carved out, interiors created and painted, and the light and shadows left to articulate the space created – but the glass boxes are gone and the sculptures have space. 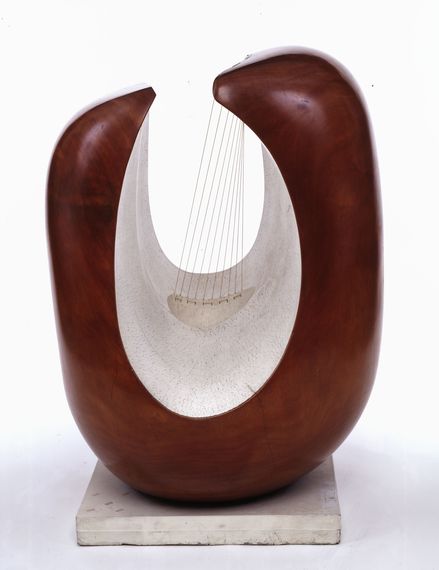 In particular, the walls in the last gallery have been decorated with photographic prints of trees and greenery to recreate a sense of the Pavilion, Barbara’s 1965 retrospective at the Kroller-Muller Museum in the Netherlands.

Transporting the visitor out of the gallery and into the open air, demonstrating how Barbara immerses her work within architecture and natural landscapes, makes this the best room in the show but it’s also a sobering reminder that many of Barbara’s pieces are best seen amongst nature, not in glass boxes in galleries. If only similar effort had been made with other rooms in this exhibition.

That the Tate decided to put on a retrospective of this great sculptor is admirable but the resulting show does the artist and her work few favours. I guess it’s a trip to St. Ives if we want to see Barbara Hepworth’s extraordinary works at their best.