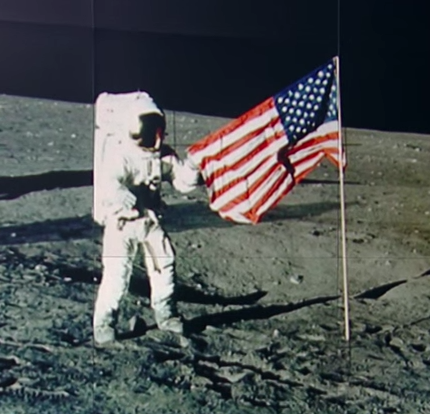 It looks real enough… But are those moon rocks actually cardboard on a film set somewhere in the Nevada desert?

Ever since Buzz Aldrin and friends landed on the moon in 1969 sceptics have wondered if it was all an elaborate fake, and now some Russian scientists have set out to resolve the argument once and for all.

We weren’t aware both sides of the debate had equal weight, but apparently in Russia it is still a hot topic of conversation.

So much so that a team of scientists have built a satellite capable of taking high resolution images which they plan to launch into orbit around the moon.