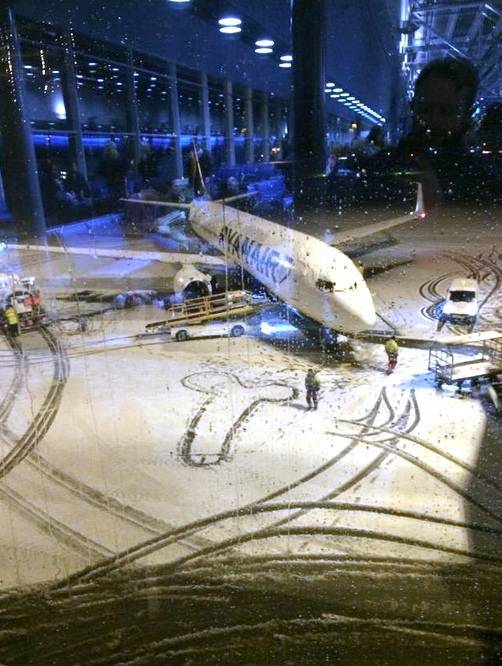 If you’re a member of a ground crew at a snowy airport, what do you do to while away the time as flights become delayed and passengers become increasingly cheesed off?

Simple. You draw a gigantic phallus in the snow. It’s not clever (but it is big) and is bound to raise a smile as passengers wait to board their flight.

The hilarious picture, posted on Twitter by Brendan Keary, was snapped at Dublin Airport, with Ryanair staff thought to be responsible for the crude artwork.

A spokesman for Ryanair said: ‘While our ground crew excel at industry leading 25-minute turnarounds, art isn’t their forte, as they’ve clearly forgotten to draw wings on their snow airplane.’

MORE: Teenager accidentally shot in the penis by friend