There has been lately a great interest in the post-war Italian art. Overshadowed by Abstract Expressionism from New York, it has not reached the mass media attention it deserves. No wonder at the last Frieze Week the highlight was The Italian Sale at Christie’s setting a world record for Alighiero Boetti and healthy sales by Piero Manzoni, Alberto Burri and Lucio Fontana. A rediscovery of one of the most interesting times in the history of the Arts in Italy alongside the Golden Age of Italian Cinema with filmmakers such as Fellini, De Sica and Visconti.

Arte Povera, literally poor art, and other artists not included in this movement such as Bonalumi succeeded in challenging preconceptions in the use of materials such as 12 alive horses presented in an art gallery or the traditional definition of media. Bonalumi exhibited in the 60s monocoloured canvases stretched and deformed in a way that blurred the boundaries between the two-dimensional painting and the three-dimensional sculpture. Light and shadow also became important elements in his works. A new exhibition of his works, in collaboration with Archivio Bonalumi and curated by Francesca Pola, opens at Mazzoleni London in Mayfair this Friday, the 6th of February. A unique opportunity to understand why the avantgarde half a century ago is so fresh and prevalent today. 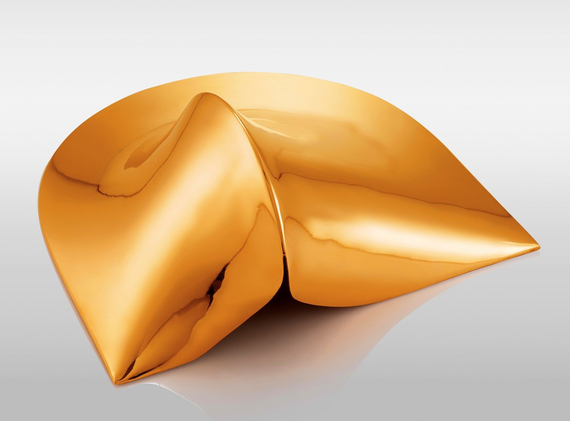 Luigi Mazzoleni, the gallery director, has kindly agreed to respond to the following questions:

1. Can you please tell us a bit about your background?

I recently re-located to London to open the second outpost of my family’s gallery Mazzoleni. Before this, I worked with my parents and brother at our Turin gallery which was founded in 1986. The gallery evolved from years of private collecting and I remain an avid collector today. In Turin, we have presented a curatorial programme focussed on museum calibre Post-War Italian Art through exhibiting artists such as Afro Basaldella, Alberto Burri, Enrico Castellani, Lucio Fontana, Piero Manzoni, and Paolo Scheggi. I also expanded the gallery’s programme to include Arte Povera exhibiting key artists such as Alighero Boetti and Mario Merz. For now, the London gallery will continue to present a similar programme and will eventually develop a contemporary Italian art programme. 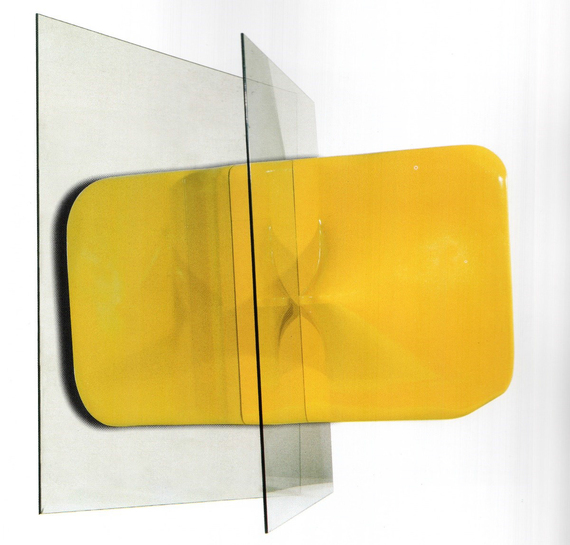 2. How did you get to know Bonalumi and why did you decide to curate an exhibition by him now?

My family has been collecting Bonalumi’s work for a long time and our gallery was fortunate enough to have represented him during the last 10 years of his life. Through all these years of collaboration and trust with Bonalumi, a great relationship emerged that now continues with Fabrizio, his son and director of the Archivio Bonalumi. It was our joint decision to have a sculpture show in London and present at the same time a large-scale monograph of Bonalumi’s sculptures. Bonalumi had a premature death as he could have done so much more around his new research on materials and shapes. I think that he reached a crescendo during the last part of his career and particularly in his later sculptural work. There is a purity and integrity about his work that is rare to find and I am delighted to be bringing this selection of works to London and a wider international public. The works create a lyrical atmosphere with their simplicity and models of symmetry. 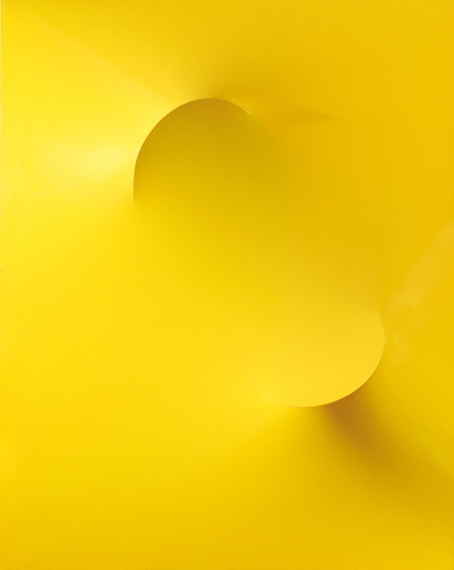 3. Post-war Italian art was the highlight of the Frieze Week due in part to the auction in Sotheby’s. What do you think are the reasons behind such interest?

Even though these artists were working over 50 years ago, their work continues to look incredibly contemporary which is part of their universal appeal. The contribution these artists made to the evolution of a new aesthetic and the role they played in raising the profile of Italian art internationally has become more widely recognised amongst museums, curators and prominent collectors and this in turn has led to rising interest in the major auction houses and commercial galleries who haven’t traditionally operated in this field.

4. Why do you think people should come to see Bonalumi’s exhibition?

It is the first time many of these works have been shown in the UK and therefore a chance for audiences to discover more about an incredibly influential Italian artist through some of the best examples of his work.

For more information about the Bonalumi’s exhibition, please visit the website www.mazzoleniart.com