Poor old Simon Cowell doesn’t exactly look too thrilled to be posing with fans for a selfie or five whilst holidaying in Barbados, does he?

The music mogul was surrounded by fans on the beach after he took a break from bombing through the waves on his jetski. 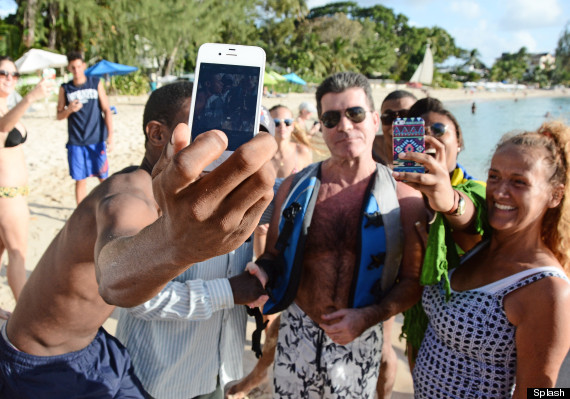 The ‘X Factor’ star is on the Caribbean island with his girlfriend Lauren Silverman, their son Eric and his dogs Squiddly and Diddly.

And of course, it wouldn’t be a winter sun getaway without Sinitta in tow, now would it? 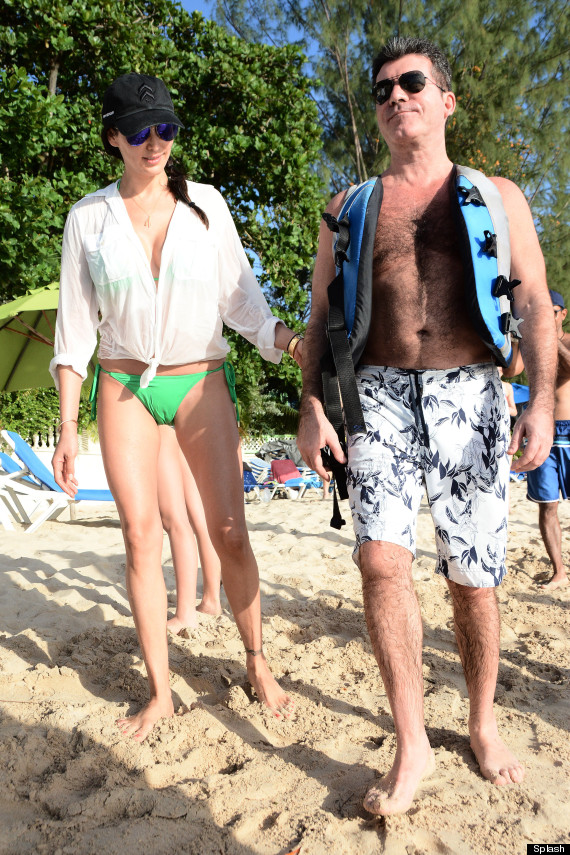 Lauren looked relaxed and happy in her eye-catching green bikini as she went for a dip in the sea with her 10-month-old son. 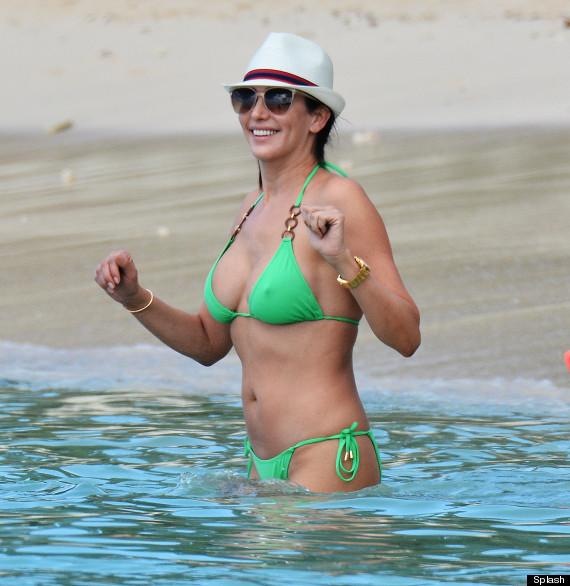 And despite Simon’s long face, rest assured he was having a good time, taking to Twitter to congratulate ‘X Factor’ champ Ben Haenow on scoring this year’s Christmas No.1 single.

“Many congrats Ben on being number One. Loving Barbados. And so are Eric Squiddly and Diddly,” he tweeted.