Simon Pegg Clarifies His Comments, After Appearing To Criticise Science-Fiction Films For ‘Dumbing Down' Cinema

Simon Pegg has posted a new blog, after being heavily-criticised for appearing to suggest that science-fiction films are responsible for “dumbing down” cinema.

Film fans took to Twitter in their droves to discuss a newly-published Simon Pegg interview, in which the actor criticises Sci-Fi, commenting that in the film world, “we’re essentially all consuming very childish things”. 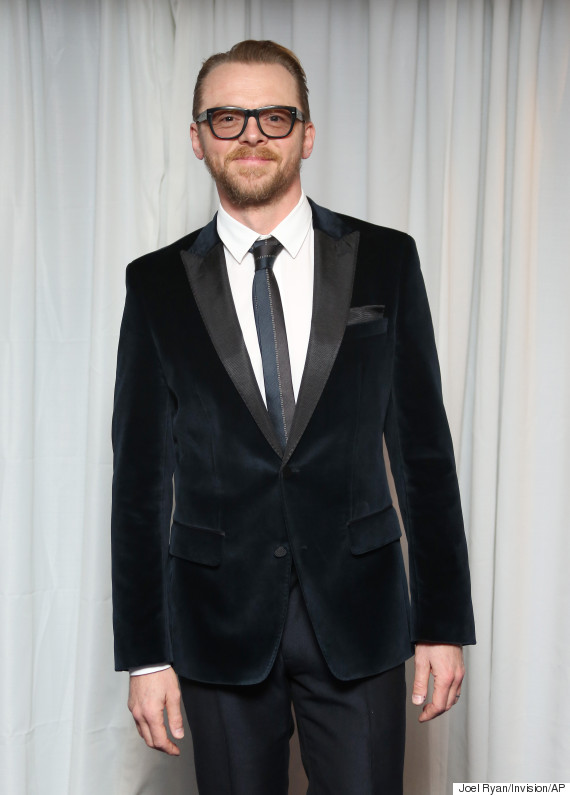 Now, in on his official website, Simon has clarified his comments, writing: “The ‘dumbing down’ comment came off as a huge generalisation by an A-grade asshorn. I did not mean that science fiction or fantasy are dumb, far from it. How could I say that? In the words of Han Solo, ‘Hey, it’s me!’”

In the inital Radio Times interview, Simon is quoted as saying: “Obviously I’m very much a self-confessed fan of science-fiction and genre cinema. But part of me looks at society as it is now and just thinks we’ve been infantilised by our own taste.”

“It is a kind of dumbing down in a way, because it’s taking our focus away from real-world issues. Films used to be about challenging, emotional journeys or moral questions that might make you walk away and re-evaluate how you felt about… whatever.

“Now we’re walking out of the cinema really not thinking about anything, other than the fact that the Hulk just had a fight with a robot.” 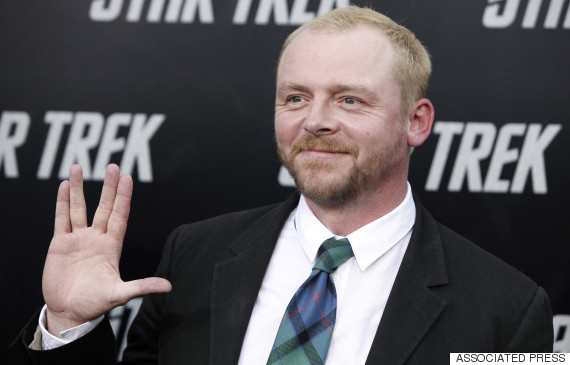 Simon is currently co-writing the next ‘Star Trek’ film

In his blog, Simon then goes on to heap praise on the genre, by discussing the recently-released ‘Ex Machina’ and ‘Mad Max: Fury Road’.

“I guess what I meant was, the more spectacle becomes the driving creative priority, the less thoughtful or challenging the films can become,” he writes. “The spectacle of Mad Max is underpinned not only multiple layers of plot and character but also by an almost lost cinematic sense of ‘how did they do that?’

“The best thing art can do is make you think, make you re-evaluate the opinions you thought were yours. It’s interesting to see how a cerebral filmmaker like Christopher Nolan, took on Batman and made it something more adult, more challenging, chasing Frank Miller’s peerless Dark Knight into a slightly less murky world of questionable morality and violence. But even these films are ultimately driven by market forces and somebody somewhere will want to soften the edges, so that toys and lunch boxes can be sold.”

A number of fans were left bewildered by the initial interview, and plenty took to Twitter to discuss the actor’s comments:

Simon Pegg, if you’re suddenly feeling ashamed of your geekdom, that’s absolutely fine. Just don’t drag everyone else down with you.

Why would you possibly care if Simon Pegg said something you don’t agree with?? Just shake it off.

I love nerd culture. Heck, I live in a house largely paid for by nerd culture! And I share many of @simonpegg‘s concerns.

Simon Pegg, the guy who wrote PAUL, says that comic book films are dumbing audiences down. Pardon him while he chokes on the irony of that.

I’m glad Simon Pegg said what he did, it resonates with a lot of thoughts I’ve been untangling internally for a long time.

Simon, who is currently writing the upcoming ‘Star Trek’ instalment, goes on to reassure fans of the franchise that it’s in good hands.

“Sometimes it’s good to look at the state of the union and make sure we’re getting the best we can get,” he writes. “On one hand it’s a wonderful thing, having what used to be fringe concerns, suddenly ruling the mainstream but at the same time, these concerns have also been monetised and marketed and the things that made them precious to us, aren’t always the primary concern (right, ‘Star Trek OST’ fans?)”