Sir Bruce Forsyth has been ordered to rest after he was taken to hospital following a fall at his home.

The 87-year-old star has pulled out of presenting his variety show, Bruce’s Hall Of Fame, after being told he must rest completely for at least a week.

The showbiz veteran said he was acting on the advice of doctors, but was “really sad” about missing his show. 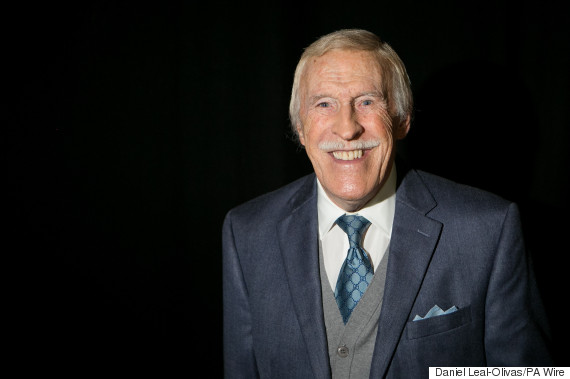 Kalooki Pictures, the production company behind the variety extravaganza, said on Thursday night: “This morning, Sir Bruce Forsyth slipped and fell at his home resulting in facial abrasions and minor concussion.

“He attended hospital and had a series of scans and tests, all of which happily proved negative.

“However, because of his injury, he has been told by doctors he must have complete rest for at least seven days.”

Sir Bruce was set to take to the stage of London’s Dominion Theatre alongside names such as comedian Catherine Tate and Pointless presenter Alexander Armstrong for the star-studded BBC show.

Armstrong will now step up to the compere role in Sir Bruce’s absence.

Speaking after his fall, Sir Bruce said: “I was really looking forward to this show and working with such a talented cast, and I am really sad not to be part of it.

“It is now in the most capable hands of Alexander Armstrong and I would like to wish him, the guests and the whole production team good luck on Sunday.”

Charlotte Moore, controller at BBC One, said: “Everyone at the BBC wishes Bruce a very speedy recovery.”

Jane Lush, executive producer, said: “All of us here on the Bruce’s Hall of Fame team are thinking of him and know he will be looking forward to getting back to work very soon.”

Bruce’s Hall Of Fame is expected to be screened in the new year.

The show aired with an overnight rating of 3.85 million viewers last Christmas.

It is not the first time Sir Bruce has had to pull out of work.

In October 2013 he had to pull out of hosting Strictly Come Dancing after being taken ill with flu.

Sir Bruce, the host of the series since it launched in 2004, was not feeling up to the rigours of the live show with Tess Daly.

Before that, the much-loved star last missed a programme through illness in 2009.

Sir Bruce announced he was leaving Strictly Come Dancing in April last year and Claudia Winkleman took over his role alongside Daly.

The producers of Strictly regularly scheduled rest weeks during the series to help Sir Bruce cope with the workload of fronting three months of weekly live programmes.