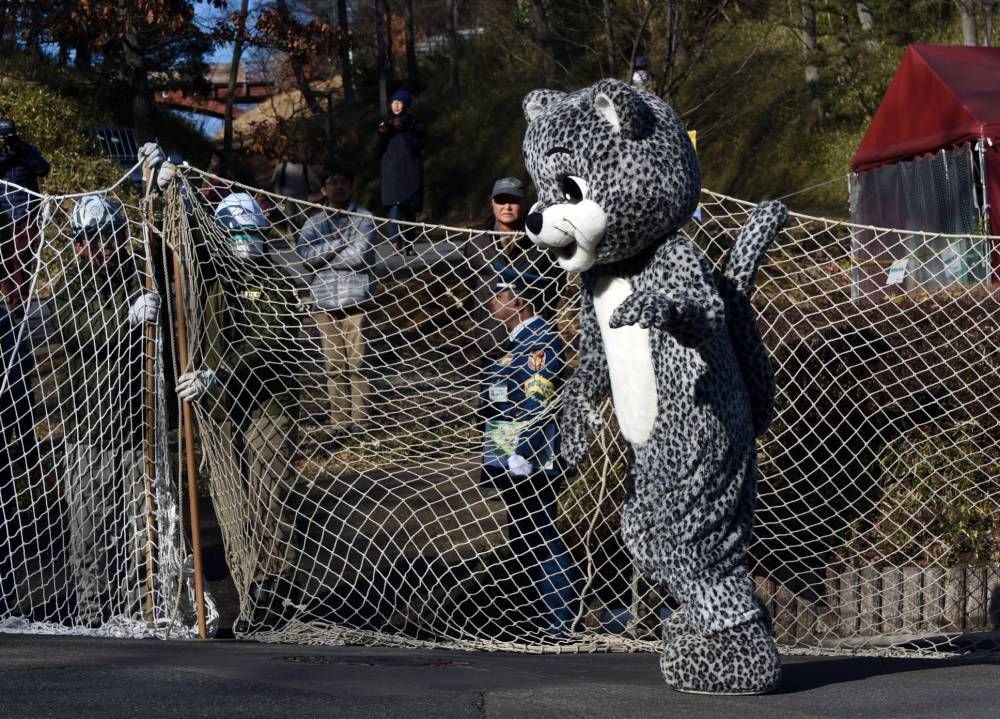 With earthquakes extremely likely in Japan, they have to prepare for the real eventuality of dangerous animals going on the loose during a disaster.

At Tama Zoological Park they turn the practice into something of an event rather than holding it behind closed doors.

Every now and then, a man or woman will dress up in an animal costume and behave like one.

In this drill, a snow leopard escaped its enclosure and maimed a zookeeper.

He was eventually caught in a net and subdued with a fake tranquilliser.

Zoo director Yutaka Fukuda said: ‘In the event of a big earthquake, a tree could fall on a cage, or many other things could occur that may lead to an animal escape.

‘We think it is very important, and it is our responsibility to carry it out with seriousness.’

In the past zoo staff have chased down people dressed as rhinos, lions and orangutans.

MORE: Inside the zoo that has become a graveyard: Animals left to starve to death in Gaza