Some Monopoly sets are going to use real money 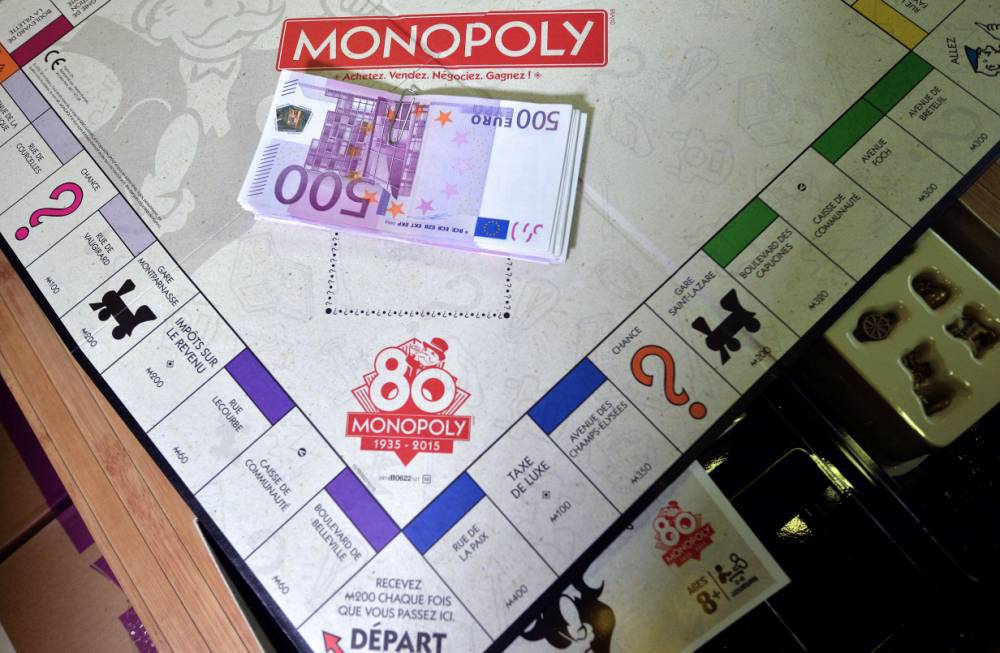 Every Monopoly tycoon has dreamt of playing the game with real money.

And now you can – provided you cross the Channel and pick up one of 80 limited edition sets now available.

The French arm of Hasbro France, who own the board game, switched the notes in secret in the small town of Creutzwald, where games are packed before being shipped through the country.

MORE: Woman goes directly to jail (does not pass go, does not collect £200) after slapping boyfriend over Monopoly game

‘We wanted to do something unique,’ said Florence Gaillard, brand manager at Hasbro France.

‘When we asked our French customers, they told us they wanted to find real money in their Monopoly boxes.

MORE: Homeowner pulls back carpet to find giant Monopoly board painted on floorboards

‘It wasn’t easy to get the notes. They had to be escorted discreetly.’

Monopoly, the aim of which is to bankrupt other players by building a property empire, was created after the Great Depression in the United States and has been responsible for thousands of family arguments ever since.

MORE: New children’s Monopoly is over in 30 minutes – but is keeping Go To Jail