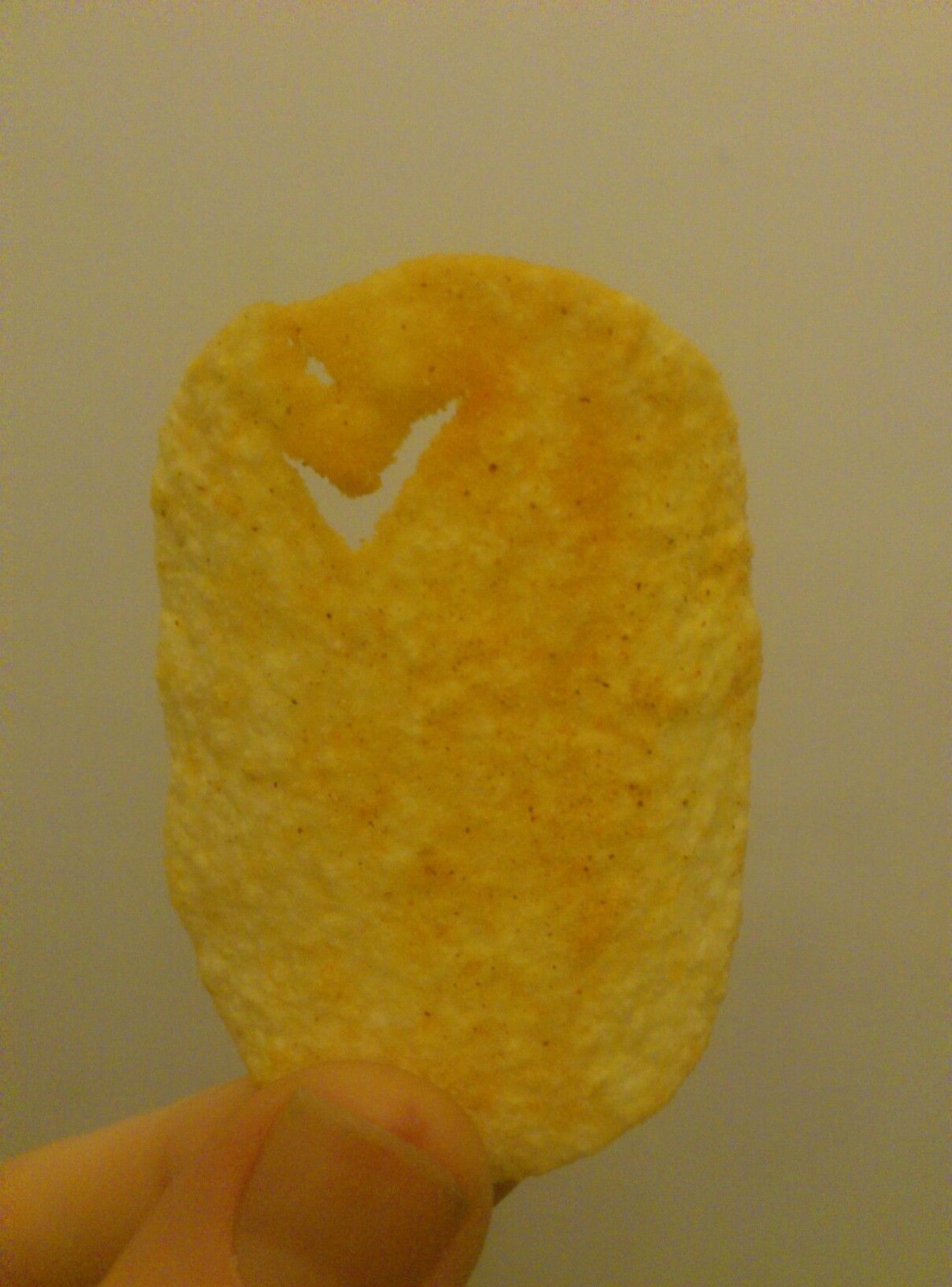 Since the dawn of snack food people have seen strange things in their crisps.

One man’s tasty treat recently turned into a potential money-spinner however after he spotted a ‘Nike tick’ in one of his Lidl Pringles.

Rob, from Brighton, said: ‘I was having some crisps after work one day when I saw it, one of the last crisps the packet, and thought, “That’s odd”.’

The 22-year-old decided to try and sell the unusual find, which he claims is completely natural and has not been tampered with in any way, on eBay because he ‘wanted people to see it’.

However Rob said it was quite a challenge not to eat the paprika Lidl Pringle, which is one of his favourite flavours.

As of yet he hasn’t had a single bid on the item, however Rob hopes to entice potential bidders by offering them the chance to ‘own a piece of savoury treat history’.

He also says he will wrap the ‘one-off specimen’ in several layers of ‘toilet paper and bubble wrap’ to ensure it remains in one piece while being delivered to whoever wins the auction.

MORE: Teenager gets so drunk he replies to his own text