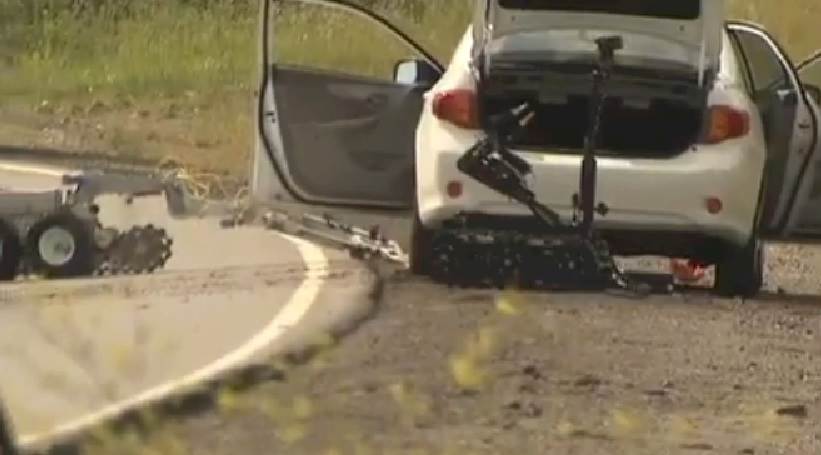 A man has robbed a bank using a homemade ‘bomb’ made out of a sex toy and a mobile phone.

So far so random.

When the man told cashiers at PNC Bank in Pittsburgh that the suspicious-looking item trailing tape and wires he had hidden under his shirt was a bomb, they handed over the cash before calling 911.

He now faces the rare charge of ‘possessing a  facsimile weapon of mass destruction’.

MORE: Man dies after ordering a glass of wine and getting dish washer detergent