Staying cool on the Tube: Commuters queue for a fan at Kings Cross 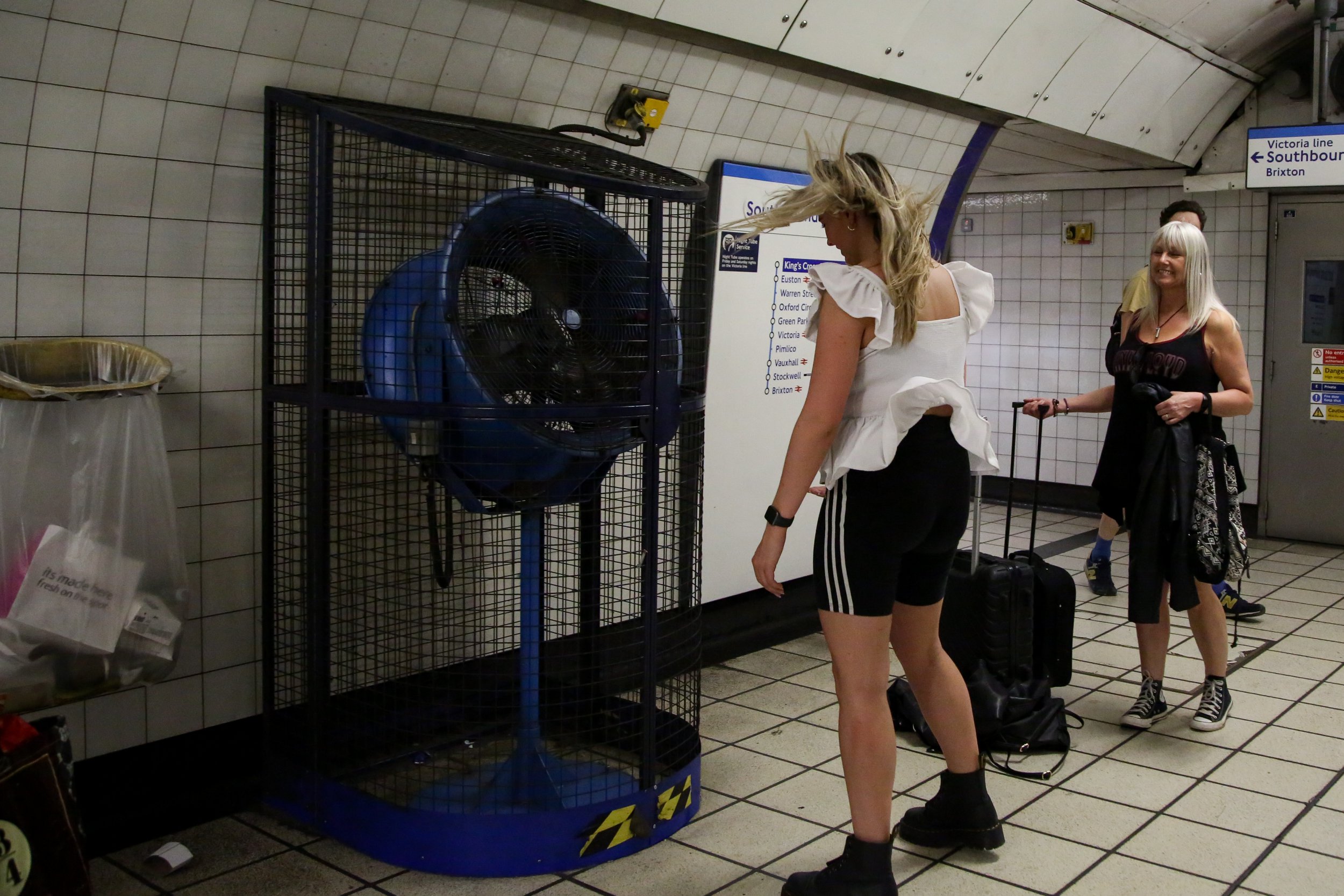 People are coming up with creative ways to cool off in the heatwave, but perhaps just a fan is all you need.

That’s what these commuters thought as they arrived at Kings Cross today.

Temperatures are already reaching the 30s and it’s only going to get worse later this week with a severe warning for extreme heat from Sunday onwards.

The rising mercury is expected to cause transport disruption over the coming days.

Network Rail is preparing to introduce speed restrictions to reduce the likelihood of tracks buckling.

This will cause delays to passenger journeys and disrupt freight services.

When the air temperature reaches 30C, the temperature on steel rails can be up to 20C higher, according to Network Rail.

Rails expand when they get hot, which can cause them to buckle.

They are particularly susceptible to buckling when trains travel over them.

A Network Rail spokesman said: ‘With extremely hot temperatures expected this week, our specialist weather teams will be monitoring key hotspot locations to make sure we can keep services running safely and reliably for passengers.

‘Speed restrictions will be in place in some parts of the network most affected by the hot weather.

‘This helps because slower trains exert less force on the track and reduce the likelihood of buckling, avoiding the major disruption caused by a buckled rail.

‘However, where speed restrictions are in place, journeys can take longer than normal, so we advise passengers to plan ahead and carry a bottle of water with them.’

The machines spread light dustings of sand which acts as a sponge to soak up excess bitumen.

National Highways said its network of motorways and A roads is ‘highly resilient to extremes of weather, including hot weather’.

It went on: ‘The design and build standards we apply to our roads are considered best practice and are adopted by other countries around the world.’

Drivers are being advised to have a bottle of water in their vehicle.

RAC Breakdown spokesman Rod Dennis said: ‘If temperatures were to go as high as around 40C, as some are predicting, then people should question their decision to drive in the first place.’