Stephen Fry might not have mentioned his recent engagement to Elliott Spencer at today’s BAFTA nominations announcement, but he did show off his shiny new engagement ring.

The broadcaster – who will also host this year’s BAFTAs ceremony on 8 February – was all smiles as he posed for photographers at the event, but all eyes were on what he was wearing on his engagement finger.

The 57-year-old confirmed he was set to wed Elliott, 27, earlier this week after the pair gave formal notice at a register office in Dereham, Norfolk. 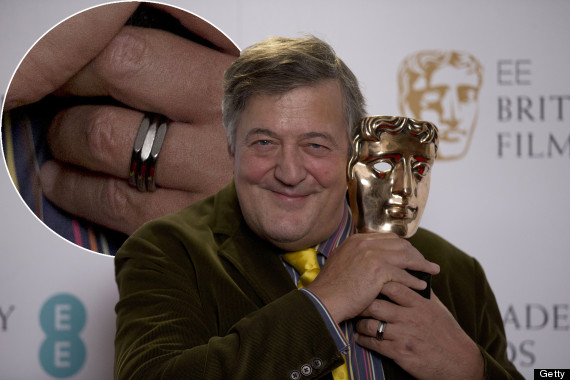 Taking to Twitter to thank fans for their well wishes and support, he said he was ‘deeply touched’ by the positive reaction to his happy news.

Stephen has since let slip that they plan to celebrate their engagement with a holiday after he hosts the BAFTAs.

Speaking outside his London home, he said: “We are off to celebrate our engagement. We won’t be going abroad until after the BAFTAs.”

Showing off his ring, he said: “They are very similar, both are made of rhodium and are almost matching.” 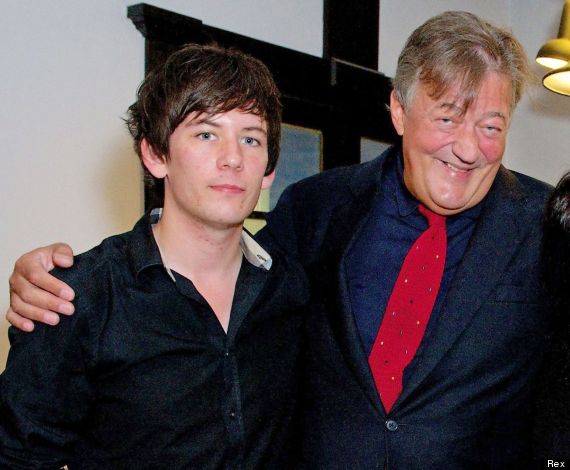 However, he was more reserved about saying anything about a wedding date, adding: “We won’t be giving that away. It will be some time this year, as you have to give a year’s notice.”

Meanwhile, Elliott’s parents have spoken of their delight at their son’s news.

“We are very happy. We are over the moon,” they said.