Stephen Fry has recently apologised for remarks he made about the sexually abused and I am very glad he did. By the same token he’s been subjected to criticism and as much as I wholeheartedly disagree with what he said, words that don’t need repeating, I have to object to Paris Lees’s article published in the Guardian on 12th April. As I read it I had an open mind, but her emotive use of language and her accusation that Stephen Fry is a ‘bully’ was unjustified. Her argument that no one would listen to what he had to say if he was ‘poor’ – what does that have to do with it? It’s like attacking the whole establishment and she included Germaine Greer, too, for good measure. She is missing the point.

Victims of sexual abuse deserve empathy, kindness and compassion, in fact victims of any form abuse require such care. For victims to be told to ‘Grow up’ by Stephen Fry is beyond harsh. In response to his words, I wrote to him, which I felt compelled to do saying what he wrote was – unequivocally – wrong.

But Lees’s article then bounced from violation of free speech to attacking his dislike of criticism on Twitter, and used words like ‘contempt’ and ‘condemning’. I do not think that he has contempt for victims or is condemning them either.

Without question there is a correlation with sexual abuse and later adult mental health problems and the damage is often long lasting and irrevocable. Victims of sexual abuse are often not believed, shunned or ignored rather than supported, so his words did feel like an attack, albeit an indirect one. 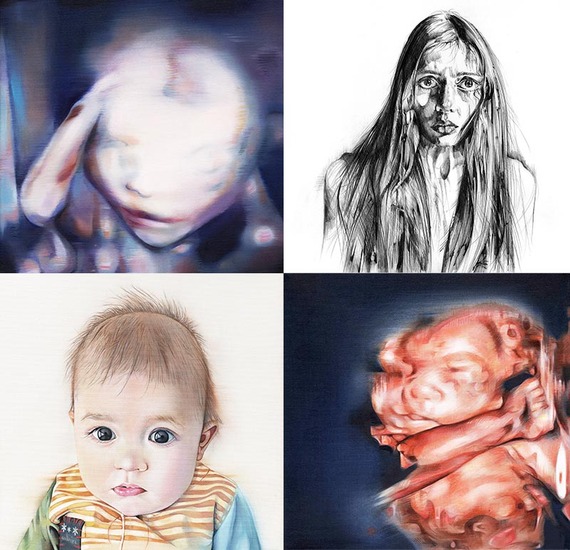 This montage comprising a mother, her children in the womb and her first born son depicts my fear of psychosis and postpartum psychosis. One could argue that my history of childhood abuse resulted in my long term mental health problems as an adult and subsequent fear of generational cycles of mental illness as a result.

But then Lees had to bring in the fact that he is a ‘white, middle-class, Oxbridge-educated, male.’ Well then you are talking about the vast chunk of the British establishment. On the whole Stephen Fry gets it right and has used his platform for tremendous good – globally. He messed up; he said sorry, why vilify him in this manner?

So he’s read Titus Andronicus, I would argue everyone should read the works of Rabindranath Tagore to expand your mind. Lees implies she didn’t have the same opportunities as Fry because she went to a ‘rundown comprehensive’ in Nottingham. I went to Loreto College in Moss side Manchester, a very insalubrious neighbourhood, in the 90s. I am British Bangladeshi, was abused as a kid, sexually assaulted by 17 and by then my mental health was pretty rubbish, but I still studied at the London School of Economics, Film School and Chelsea School of Art. By aged 16 I had read the works of Wittgenstein and Chekhov and whatever I could get my hands on. No one told me to read these books or taught me how to paint. Galleries and libraries exist for everyone and I was hungry to learn. Everyone can exercise their right to speak, get a Twitter account, start a blog if you have access to the internet or a mobile phone and most people do now the world over, even poor people in villages in Bangladesh, I have seen it first hand and it’s empowering.

She ‘had sex for money’ to get through university, what exactly is her argument? Many people can’t afford to go to university and get a student loan or a part-time job instead, rather than go out with a banker – her article veers dangerously off track. We are all in the same boat, we all have to graft, Stephen grafted, too, yes he is more privileged but those who are not privileged are not voiceless. We all have a voice, including the man on the street, we can all use it, we can all speak out, all of us. Whatever you have, art, words – just bloody use it.

Speak out even if no one is listening. That is true free speech and we live in a country that permits that – we are lucky.

Paris Lees accuses Stephen Fry of being a bully; I would say she does a good job herself as coming across as one.

Texts that include rape and sexual abuse need to be read and performed, I agree with Stephen on that front.

Finally, I will end on this, in 2008 I was in a lift at Shoreditch House and serendipitously bumped into Jude Law, he promptly invited me to a party taking place on the 4th floor, Stephen was the first person I saw standing tall like a noble tree. Nervously, I went over to talk to him, rapidly divulged that I had been diagnosed with schizoaffective disorder and he happily gave me his email address. We met on several occasions and have been in touch ever since. This exchange I value tremendously, if Stephen Fry was so privileged and elitist he would have snubbed me, but he didn’t he embraced this skinny Bangladeshi girl from Manchester, he encouraged me to write my book ‘Schizophrenics Can Be Good Mothers Too’. 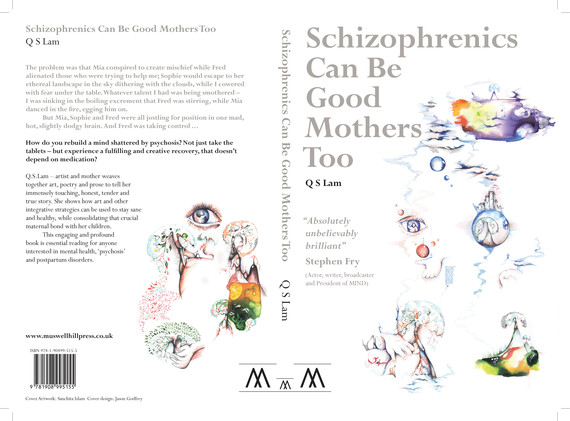 He said that my book was ‘Absolutely, unbelievably brilliant’, he tweeted about it to his millions of Twitter followers, he has been a staunch supporter of my mental health campaigning and an ally. How many people like me has he quietly supported over the years? Because he really didn’t have to. Yes, he messed up, he’s apologised, now leave him be. The immeasurable good that he’s done over the years to raise mental health awareness needs to be remembered, not a flippant remark that he has retracted.

Before launching an attack on someone, look at the bigger picture. As much as what Stephen Fry wrote felt like a stab, I certainly don’t feel he deserves Paris Lees’s article, but she’s exercising her right to speak freely, some could argue slightly abusing it, too.

Kindness, compassion, empathy, understanding, forgiveness, listening – those are all key when dealing with the abused and mentally unwell. Stephen Fry is mentally unwell, what he said was wrong, he knows it, don’t kick him when he’s in the dog house – it’s just not cool.