The Olympic boxer and his partner Oti Mabuse were voted off the BBC ballroom show following a dance-off against Ainsley Harriott and Natalie Lowe on Sunday (11 October) night’s results show. 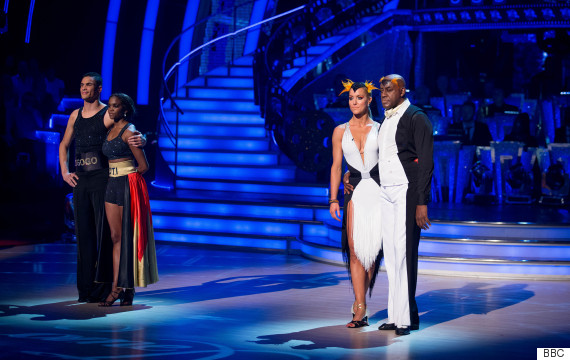 Anthony Ogogo and Ainsley Harriott were placed in the dance-off

Having polled the lowest score when the judges’ scores were combined with the results of the viewers’ votes, both couples danced again to be saved by judges Len Goodman, Darcey Bussell, Bruno Tonioli and Craig Revel Horwood.

Anthony’s Paso Doble to ‘Eye Of The Tiger’ from ‘Rocky III’ failed to impress over Ainsley and Natalie’s Cha Cha to ‘Boogie Wonderland’ from ‘Happy Feet’, as Craig, Darcey and Bruno all voted to save Ainsley, automatically sending Anthony home.

Len later said he would have agreed with his fellow judges’ decision.

After discovering his fate, Anthony said: “It’s been brilliant. I want to thank Oti she has been amazing. I feel sorry for her because she got lumbered with me, I can’t dance and I’ve got a poorly little shoulder. She’s done a wonderful job with me so thank you.”

Oti added: “I’m so proud of him. He has been the best and I think besides being a dance partner, he’s been a really, really good friend. We have an awesome friendship now and I think we will have it for a very long time so I’m really happy.” 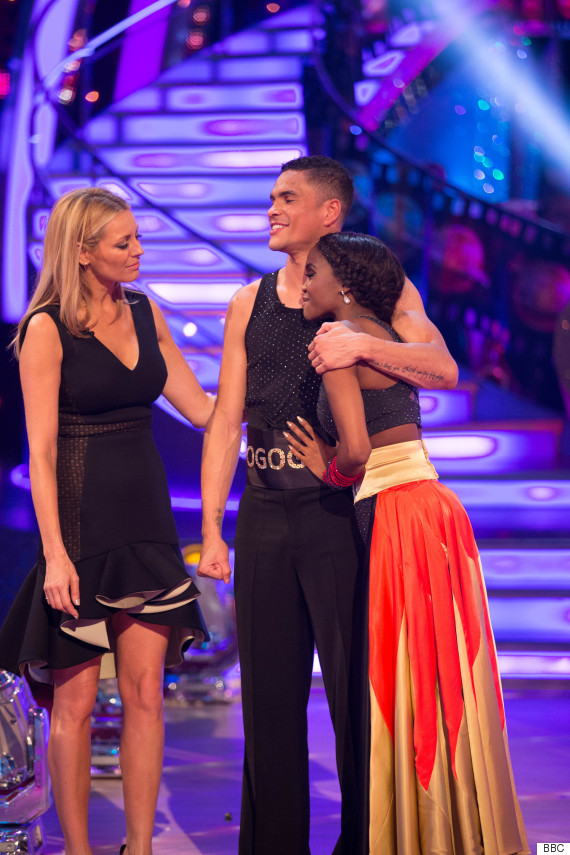 Anthony and partner Oti were voted off

Saturday night’s episode saw Jay McGuiness pick up the first ten of the series, after performing what the judges called “the best routine ever”.

The former Wanted singer picked up an impressive 37 out of 40 points for his jive with partner Aliona Vilani, despite it only being week three of the competition, wowing the judges with their moves to ‘Misirlou/You Never Can Tell’ from ‘Pulp Fiction’.

‘Strictly Come Dancing’ continues next Saturday (17 October) at 6.30pm on BBC One.