Jay McGuiness picked up the first ten of the series on ‘Strictly Come Dancing’ on Saturday (10 October) night, after performing what the judges called “the best routine ever”.

The former Wanted singer picked up an impressive 37 out of 40 points for his jive with partner Aliona Vilani, despite it only being week three of the competition.

The pair wowed the judges with their moves to ‘Misirlou/You Never Can Tell’ from ‘Pulp Fiction’ on a special movie-themed edition of the BBC ballroom show. 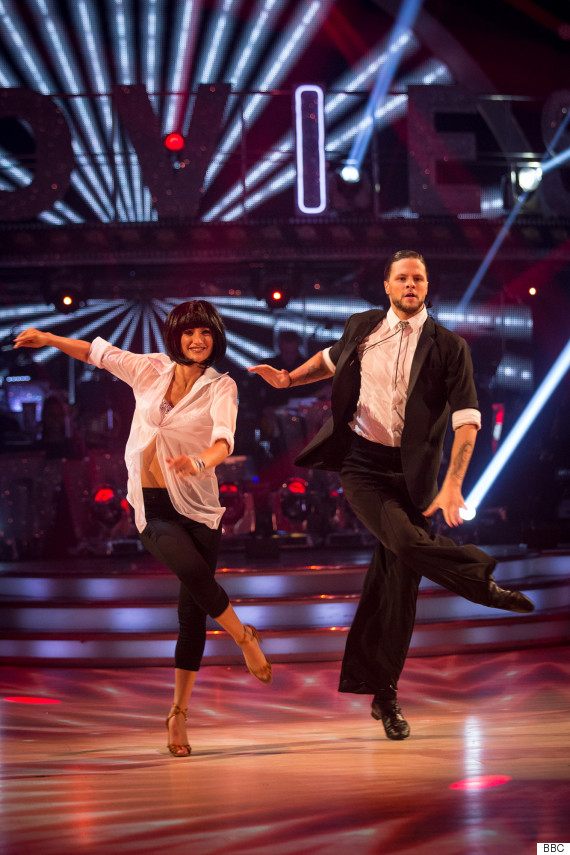 Jay McGuiness and Aliona Vilani showing off their moves

Their dance was awarded three nines from Craig Revel Horwood, Darcey Bussell and Len Goodman, with Bruno Tonioli dishing out a 10.

It marked only the second time in ‘Strictly’ history that a 10 has been handed out in week three, with guest judge Donny Osmond awarding Frankie Bridge the same points last year.

“That was a level of technique we have never seen ever. Ah-ma-zing!” Craig said.

“I don’t know how you bring a jive to have so much sex appeal. I’ve never seen a jive like that,” Darcey added.

They were placed joint second on the leaderboard with ‘Call The Midwife’ star Helen George and her partner Aljaž Skorjanec, after their Foxtrot to ‘I Wanna Be Loved by You’ from ‘Some Like It Hot’ also scored the same.

It wasn’t such good news for Anthony Ogogo and Carol Kirkwood though, as both found themselves struggling to win over the judges.

Boxer Anthony’s Paso Doble to ‘Eye Of The Tiger’ with partner Otie Mabuse scored just 19, while Carol and Pasha Kovalev ended up at the bottom of the leaderboard with just 17 points for their Quickstep to ‘I’m Gonna Wash That Man Right Out Of My Hair’ from ‘South Pacific’.

Find out who is next to leave the competition tonight (11 October) at 7.15pm on BBC One.