Despite being tipped to exit the competition first, ‘Strictly Come Dancing’ contestant Carol Kirkwood has been a hit with viewers and she’s now revealed that some have even made ermmm, interesting offers.

The fact she’s already said she’s in no hurry to get hitched again hasn’t stopped some fans, who have sent Carol messages asking if she fancies going on a date. 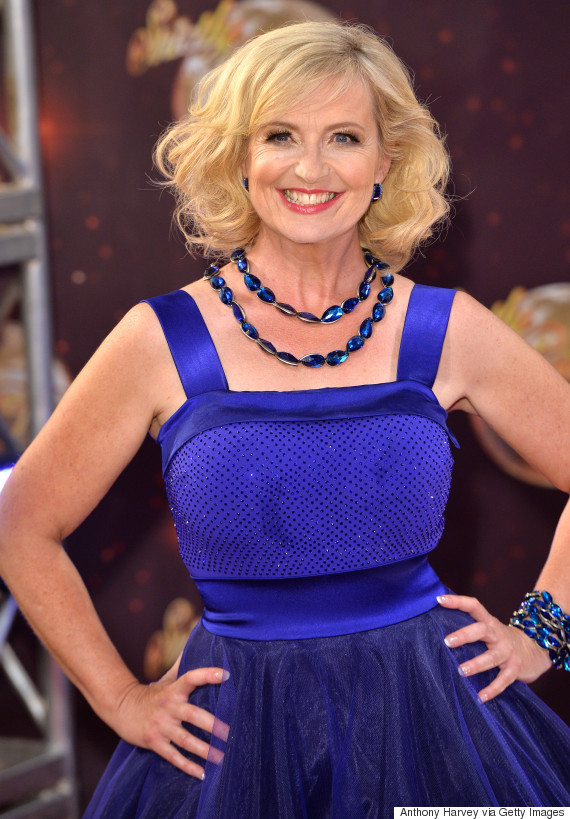 Chatting to The Sun, she explains: “Nobody has been setting me up on ‘Strictly’ and I’m not doing any online dating or anything.

“Sometimes you do get invited out by viewers but I don’t know these people that are writing emails to me saying ‘Let’s go to dinner’.

“I’m very flattered that anybody would be bothered to do that but I don’t know who they are so I’m not tempted to follow them up.”

To be honest Carol, we reckon that’s probably a good move.

This isn’t the first time Carol has opened up about her romantic life, and she previously stated: “It’d be nice to be seeing somebody but it’s not the be all and end all – I wouldn’t get married just for the sake of being married, because I’m happy as I am.”

The BBC host has made it to week five of the competition, and tonight she’ll be doing her best to remain on the show, by dancing the Viennese Waltz with her pro partner Pasha Kovalev.

So far, a number of this year’s ‘Strictly’ contestants have seriously impressed the judges, and Jay McGuiness nabbed the first 10 of the seriesd during movie week, with his ‘Pulp Fiction’-themed routine.

Catch up on all the latest ‘Strictly’ news and gossip here.