The veteran presenter was replaced by Claudia Winkleman for the most recent series of the show, however, he kept his promise to return. 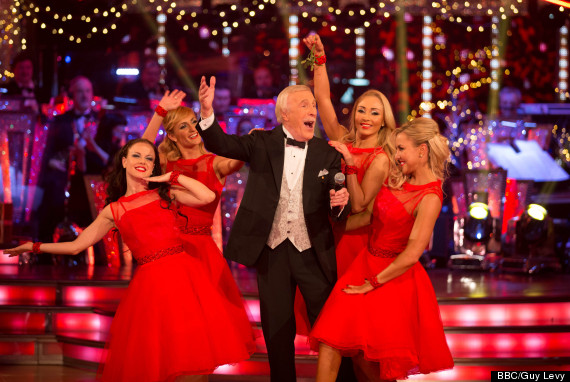 Bruce and the female ‘Strictly’ pros

Chris Hollins, Rachel Stevens, Russell Grant, Sophie Ellis-Bextor and Lisa Riley went up against Louis in the special, each performing to a festive tune.

After watching all the dances, and seeing the judges’ scores, the studio audience cast their votes.

Louis and his pro partner Aliona Vilani topped the leaderboard with a perfect 40, so it wasn’t exactly a total surprise when they were named as winners by the audience.

“It’s a nice present, I am not going to lie,” he said after winning. “We’ve had such a fun time although the first week of rehearsals was hard.

“But since then we have just been chilling out, laughing and giggling, messing around on the dance floor, it’s been really good fun.” 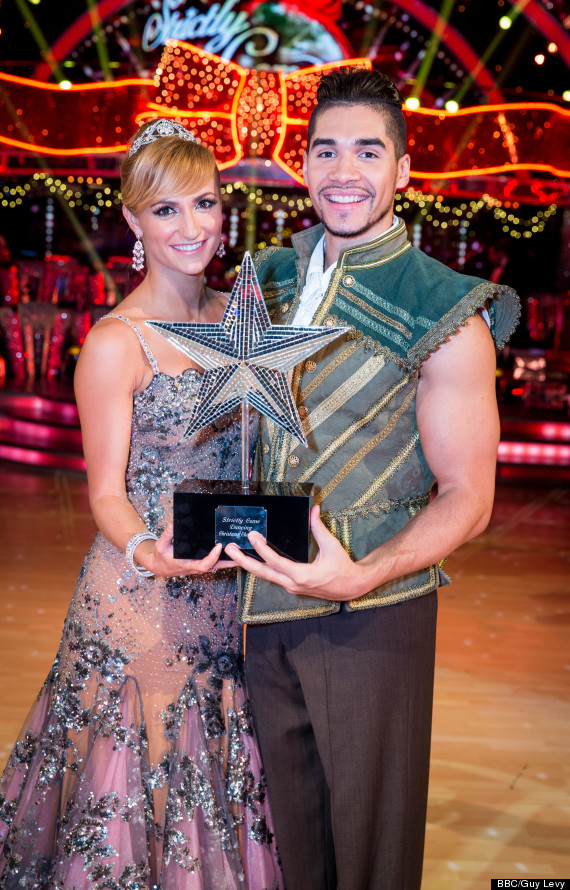 The dancers and judges all got in the festive spirit, dressing up to match the show’s pantomime theme – naturally, Craig was decked out as the Evil Queen.

The most recent series of ‘Strictly’ was won by Caroline Flack, who has hinted that she may stick with dancing, instead of returning to her regular day job.

Caroline became the first dancer to ever receive top marks in all three of her final dances when she triumphed last weekend.