‘Strictly Come Dancing’ pro Aljaz Skorjanec has jumped to the defence of his partner Helen George, following reports claiming that she’s the “bitchiest Strictly contestant yet”.

Aljaz and the ‘Call The Midwife’ actress have doing just fine in the show, but he’s not impressed with claims that Helen has a bad attitude, and took to his blog to address the rumours. 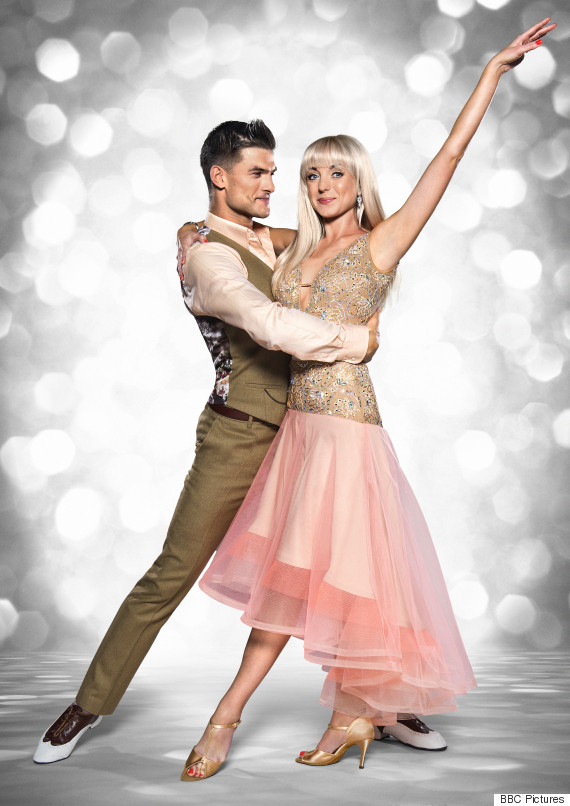 Helen and Aljaz are busy training for this weekend’s show

Writing for OK!, he says: “I saw the reports about Helen, claiming that she’s not very nice on the show, and she was a little thrown off by it.

“But we had a really good chat and she knows it’s not true. She knows it’s just a silly article in the press.

“Everyone that is a part of ‘Strictly’ knows that. There’s no reassurance needed, she’s so nice to everyone and I just think it’s crazy for someone to ever think that of such a kind and friendly woman.”

The reports first emerged last week, when a source was quoted as telling The Sun: “She’s a prima donna, but she’s very sweet when the cameras are on.”

‘Strictly’ bosses immediately hit back though, stating: “These reports are laughable, the cast this year are the friendliest bunch yet and they all get on extremely well both on-and-off camera.”

This weekend, Helen and Aljaz will be taking on the quickstep, strutting their stuff to Diana Ross and The Supremes’ ‘You Can’t Hurry Love’.

We may only be on week five, but the current series of ‘Strictly’ has already served up plenty of drama, and there’s already been talk of the ‘Strictly’ curse striking again, as well as spats between the judges and dancers.