Thom Evans recently got his sequins and dancing shoes on for ‘Strictly Come Dancing’, however, if things had gone to plan he would have been stripping off in the ‘50 Shades Of Grey’ film instead.

The former rugby star has revealed that he auditioned for the film, and – much to his surprise – the audition for the movie was “pretty tame”. 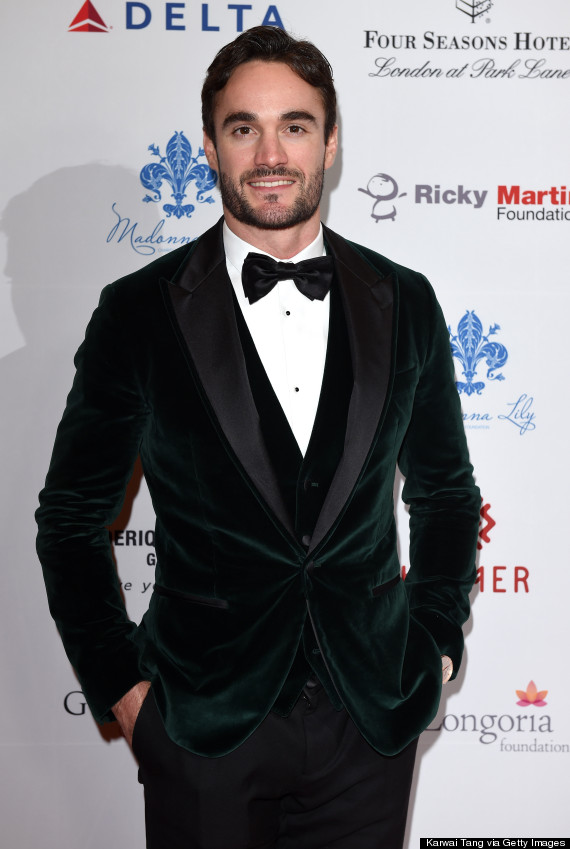 “The audition was pretty tame to be honest, but it was a great experience for me.

“It’s such a huge project and I’d be lying to say I wouldn’t have loved to have got the role, but I think Jamie is perfect for it and I can’t wait to see it.”

Thom’s determined not to hold any grudges and has nothing but nice things to say about Jamie.

“He’s flourishing in the acting world, and if I could do half as well as he has I’d be more than happy,” he adds.

The much-anticipated ‘50 Shades Of Grey’ movie will hit cinema screens on Valentine’s Day.

Jamie Dornan and Dakota Johnson in action in the film trailer

When the cast was first announced, Charlie Hunnam was set to play Mr Grey, though he later pulled out of the project due to other commitments.

Jamie recently revealed the lengths he went to in order to research the role, which included visiting a real life sex dungeon.

“Going back to my wife and newborn baby afterwards…I had a long shower before touching either of them,” he told Elle magazine.