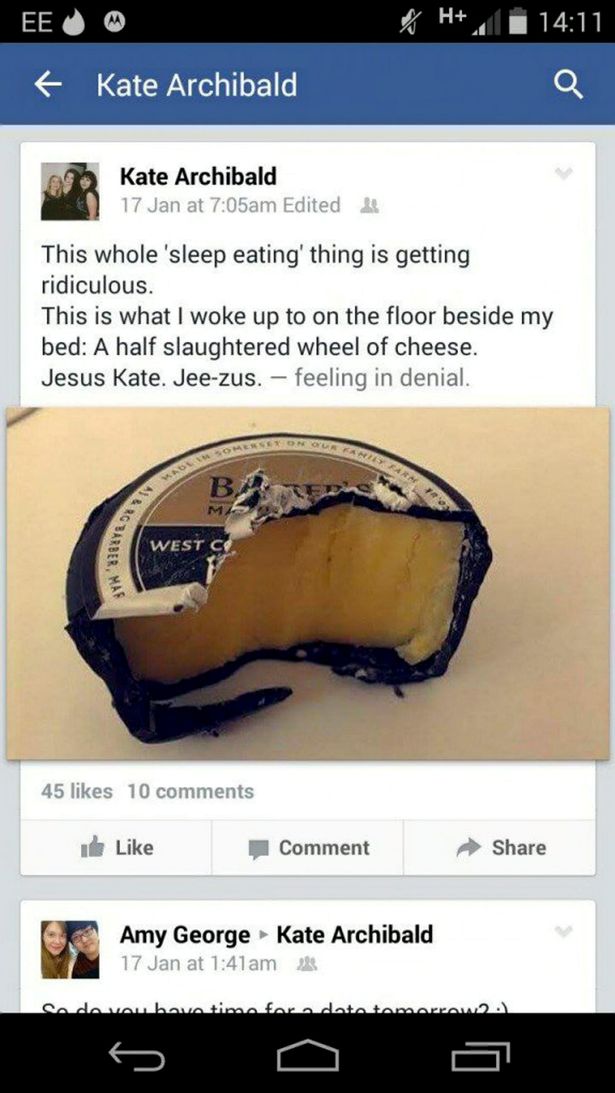 A student who couldn’t understand how she had gained so much weight found she had been eating thousands of extra calories each day – in her sleep.

Kate Archibald, 20, went up three dress sizes from a 10 to a 16 in her first at the University of Aberdeen, where she studies Philosophy and World Religion.

But it wasn’t until she was diagnosed with Nocturnal Eating Disorder that she confirmed her suspicions that she had been raiding the fridge in her sleep – a rare side-effect of the ADHD medication she had been taking.

‘I had absolutely no idea why I was putting on weight.

‘And I used to get in massive rows with my flatmates about all this food that was going missing – I was adamant I hadn’t eaten anything.

‘It was only when I woke up one morning surrounded by chocolate bar wrappers that I realised I must have been sleep-eating.’

Ms Archibald has managed to eat four portions of spaghetti bolognese in a single night and even make toast.

And she says the weirdest thing she’s ever eaten is an entire wheel of cheddar cheese.

‘It isn’t really seen as an eating disorder, apparently it’s more of a parasomnia,’ she explained.

‘Basically, my body is conditioned to be hungry in the night and want food – even if I don’t.’