‘Suits’ actress Meghan Markle is convinced the lead character in the hit legal drama is an example of a sea change in attitude towards women and colour in TV drama.

“10 years ago, Gina (Torres)’s role of Jessica Pearson – that role would have been given to a white man,” says Meghan, who is the daughter of an African-American woman, an English, Dutch and Irish father.

“And in other shows, too, like ‘The Good Wife’ it’s women central to the plot. And they’re flawed, real women, not some plastic make-believe specimens.” 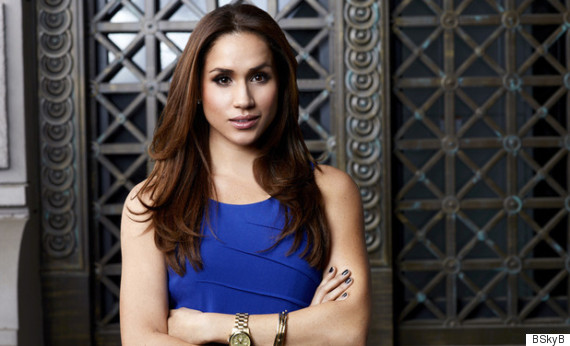 Meghan Markle triumphs in the embrace of ‘flawed, real women’ on mainstream TV

British actress Emma Watson has a big fan in Meghan, who’s just been named, like Emma, a UN Women’s Advocate.

“A girl her age could be being mean, snarky, flipping off the camera, and instead she’s using her platform to say something of value, and creating a completely alternative female role model,” Meghan tells HuffPostUK.

“She’s helping us to perceive feminism in a whole new way, and removing the stigma of the F-word.”

Meghan is no lightweight herself when it comes to spreading the word, and chat with her reveals quickly this is no ordinary celebrity deciding to trade on her public name for good works, high profile.

“I was 11 when I first became a member of an organisation for women,” she reveals. More recently, the actress who’s also appeared in ‘CSI: Miami’, ‘90210’, ‘Get Him To The Greek’ and ‘Horrible Bosses’, has spent time quietly working with the UN, as well as running her own blog The Tig – all of which has convinced her of the importance of putting women up front and centre.

“You have to keep things simple,” she says. “You think about dinner parties where all the guests are men, and the topics are quite different from when women are involved.

“If women are part of the dialogue, everyone’s problems get discussed and addressed.”

“A group of CEOs were recently invited to a conference, and they said they wouldn’t speak unless women were invited, too. Thus is change so simply and effectively made.”

Meghan Markle appears in ‘Suits’ on ‘Sky On Demand’ and UKTVPlay. She was announced as UN Women Advocate for Women’s Leadership and Political Participation at the United Nations Commemoration for International Women’s Day: Planet 50-50 by 2030​. Click here for more information.