Teenager arrested after bringing cache of guns into school 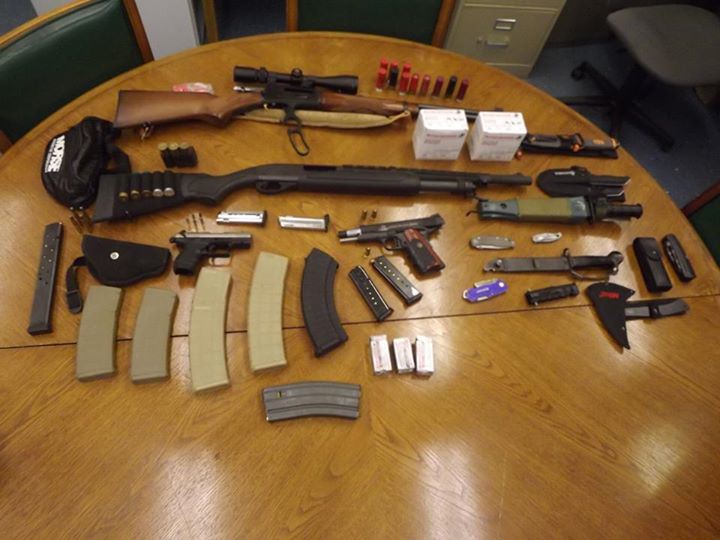 Four guns, to be precise. And a lot of ammo and knives.

18-year-old Austin Martin, of Middlesex County, Virginia, was charged with possessing firearms on school property and released on a $1,500 (£955) bail.

Martin, who attends Middlesex County High School, was reportedly cooperative throughout the whole incident, suggesting he meant no harm to his fellow students.

Speaking to ABC, a friend of Martin’s said, ‘He was going to his dad’s to do target shooting after he got out of school and he just made a mistake.’

In light of the arrest, it might be best to keep the guns and ammo at dad’s from now on.