Teenager gets so drunk he replies to his own text 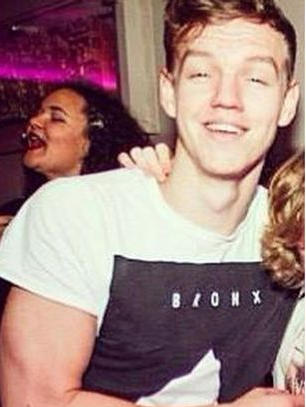 Last night I was so drunk I replied to my own text pic.twitter.com/weNp3OILqk

We’ve all done embarrassing things while drunk (or at least most of us have), however the best thing to do the morning after making a fool of yourself is remain quiet and hope your friends don’t talk about it too much.

One teenager tried out a different method recently by uploading his embarrassing moment to Twitter, where it quickly went viral.

Marcus Gray, 19, was on a night out in his home town of Oxford celebrating with a friend who was about to go travelling to Thailand.

As the night came to a close Marcus, in his inebriated state, sent a text to a friend asking where he was.

When Marcus finally got home and into bed he drunkenly looked at his phone and thought the text had been sent to him, so he promptly replied to himself: ‘Nah mate I’m home now.’

11,000 retweets and 15,000 favourites later and Marcus has become internet famous.

He told the Mirror: ‘It was only the next morning when I got up that I realised what I had done and how stupid I was!

‘I showed my friends and they were all laughing so I thought I’d just put it on Twitter – it’s crazy how it’s exploded.’

MORE: ‘Suspicious package’ found in bus station turns out to be 1,000 condoms in a box

MORE: Teenager who was punished by school after shaving his head for charity raises £16,000