Terraria 1.4: How to Get and Use Pylons 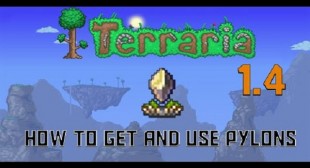 It’s been almost nine years since Terraria has been released, and yet it persists in mesmerizing the gamers. However, the game was just a 2D Minecraft in its initial years and now it has become an adventure-sandbox game. Re-Logic itself has done the whole development of the game in the past few years. Now, a Read more about Terraria 1.4: How to Get and Use Pylons[…]