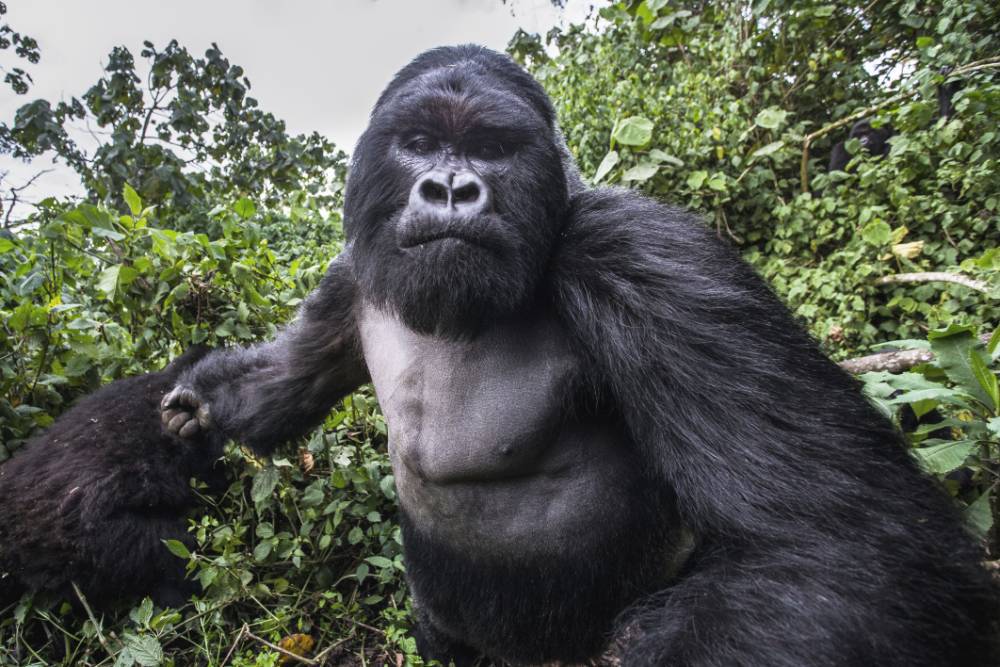 This is the incredible moment a silverback gorilla swung at a photographer in a drunken rage.

Christophe Courteau, 46, was taking snaps in the forest of the Volcanoes National Park, in Rwanda, when the alpha male of the family began to charge at him unexpectedly.

In a scene reminiscent of a bar brawl, the 250kg Akarevuro appears to clench his fist tightly before tackling the photographer.

Remarkably, Chris managed to capture the gorilla on camera moments before the attack on the slopes of the Virunga Mountains.

The crew suspect Akarevuro was drunk from eating bamboo stems, which ferment in gorillas’ stomachs causing them to become intoxicated.

Christophe, from Brittany, France, said: ‘All the members of this family were quite excited on this day, probably due to the consumption of the bamboo stems, which cause the gorillas to become extremely drunk and excitable.

‘Suddenly, Akarevuro, who was stood close to us, just ran at me, but I could not move away as I was taking photos on my knees.

‘In less than a second, he was on me, and strongly hit me like a rugby player. With the shock, I felt all his power and weight on my body.’

He continued: ‘He did not care about me, and pushed me out the way with his left hand like if I was not there.

‘Then he dashed through the vegetation to chase away a black back male behind us who looked to be interested in one of Akarevuro’s females.’