Baroness Shirley Williams reveals that, as a child, she knew her mother Vera Brittain was “doing something important” because it was clear she wasn’t to be interrupted, even by her young family.

“We treated her as we would a father,” remembers Shirley today. “Somebody a bit distant, busy doing an important job.”

READ ALSO:
Kit Harrington On HIs ‘Testament Of Youth’ Role: ‘I Love A Bit Of Doomed Love’

Fortunately, Shirley turned out to be right, as her mother’s wartime memoir ‘Testament of Youth’ has been long taught in schools, and now comes to a fresh generation, via a sweeping film in cinemas this week, starring Alicia Vikander and ‘Game of Thrones’ star Kit Harrington. 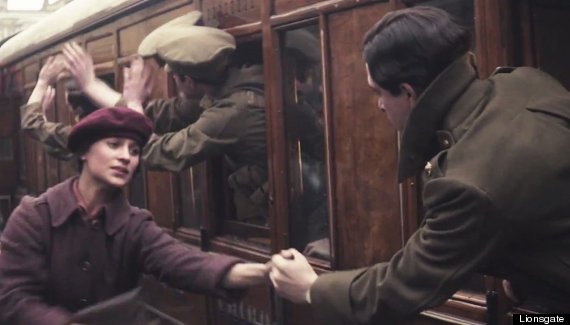 Vera Brittain’s book told the real stories of the friends she made in the First World War, several of whom didn’t come back. Shirley, who was still a young girl when the book was first published, reveals that she only learned these stories gradually, as her mother later confided in her on long country walks.

“She obviously thought I was too young when the book first came out,” remembers Shirley. “As a teenager, we shared these long walks and she confided in me for the first time. I remember feeling very privileged as I was gradually let into all these secret stories, which for her was fulfilling a duty of trying to keep her lost friends alive in some way.”

Shirley is rightly proud of her mother’s moral courage, for example in taking a stand against the bombing of Hamburg during World War II, and was thrilled to attend the recent renaming of the city’s central canal in tribute to her mother, who died in 1970.

Not long before that, Vera Brittain told Shirley that she was sure she wouldn’t be remembered, something about which she was evidently very wrong, bearing in mind this fresh wave of interest so moving but poignant to her daughter…

“This is all very nice for me,” confides Shirley. “But it would have been wonderful for her.”

‘Testament Of Youth’ is in UK cinemas from Friday. Watch the trailer below…