'The Jump': 'Gogglebox' Star Dom Paker Could Be Forced To Pull Out After Suffering 'Suspected Concussion', Following Training Accident

Another celebrity contestant could be about to drop out of ‘The Jump’ due to injury, after ‘Gogglebox’ cast member Dom Parker has suffered a suspected concussion during training.

It’s thought that Dom was practising the ski cross on Monday, when he suffered an accident which could threaten his entire future in the competition.

A spokesperson for the winter sports-based reality series told The Mirror: “Dom hurt his shoulder and later showed signs of suspected concussion so was monitored and is now resting up.” 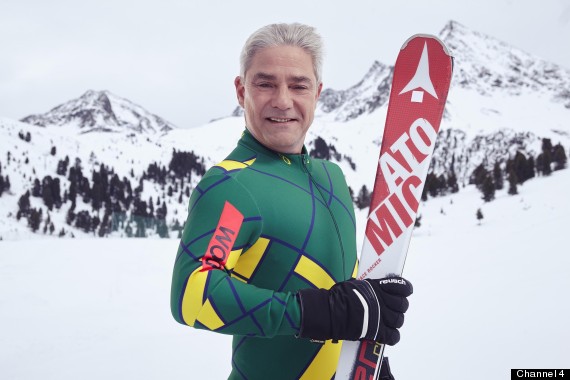 The newspaper reported that he’s currently being watched closely to see whether he will be fit enough to continue with the rest of ‘The Jump’, with show bosses remaining optimistic that he will make a full recovery.

So far, two celebrities have been forced to pull out of the current series of ‘The Jump, with both Sally Bercow and Ola Jordan withdrawing before the competition even began due to injury.

While training for the show, Ola suffered a knee injury which could potentially threaten her entire dance career, forcing her to pull out of the final few weeks of ‘Strictly Come Dancing’ group numbers last month.

She’s since undergone surgery, with doctors reportedly telling her that there’s only a 50% chance she’ll ever be able to dance again.

Jodie Kidd and Chloe Madeley were brought in as last-minute replacements for Sally and Ola, respectively.