Joey Essex has spoken about the injuries he’s sustained during his time training for ‘The Jump’.

The former ‘The Only Way Is Essex’ cast member is among the stars training for this year’s series of the winter sports reality show, but he claims it hasn’t been smooth-sailing.

Speaking to The Sun, he says: “I was going down a really steep slope really fast and a random lady clipped me. 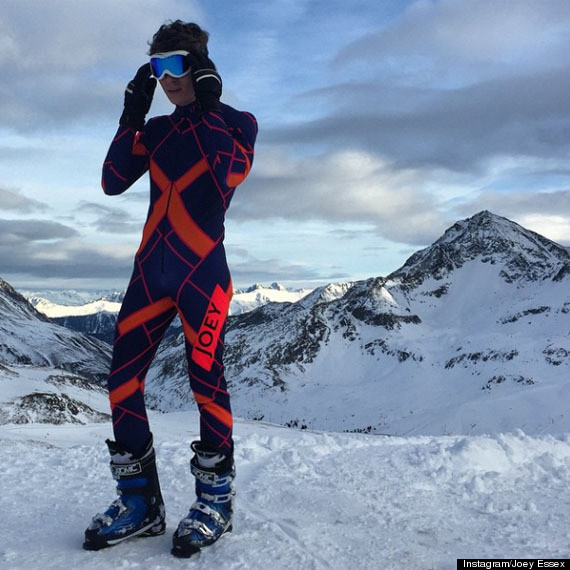 “My right foot was killing me but I couldn’t stop, so I turned on my left and fell over on my head and rolled down the hill.

“My left leg got tangled in my right ski and went ‘crack’. I had a double whammy. Both legs hurt, but the left one is worse.”

But he isn’t the only one who’s complained of being injured, after Phil Tuffnell, Lady Victoria Hervey and ‘Gogglebox’ star Dom Parker also suffered accidents during their time in Austria.

Two celebrities have already had to pull out of this year’s contest, with Ola Jordan and Sally Bercow being replaced by Chloe Madeley and Jodie Kidd respectively.

Ola has since had an operation on her leg, after sustaining a serious, and potentially “career-threatening” injury during her brief time training for ‘The Jump’.

Last year’s series was won by ‘X Factor’ and ‘Popstar To Operastar’ champion Joe McElderry, who had been brought in as a last-minute replacement for Henry Conway, after he suffered a hand injury and was forced to withdraw.