The struggle is over: Website tells you exactly how to solve your Rubik’s cube 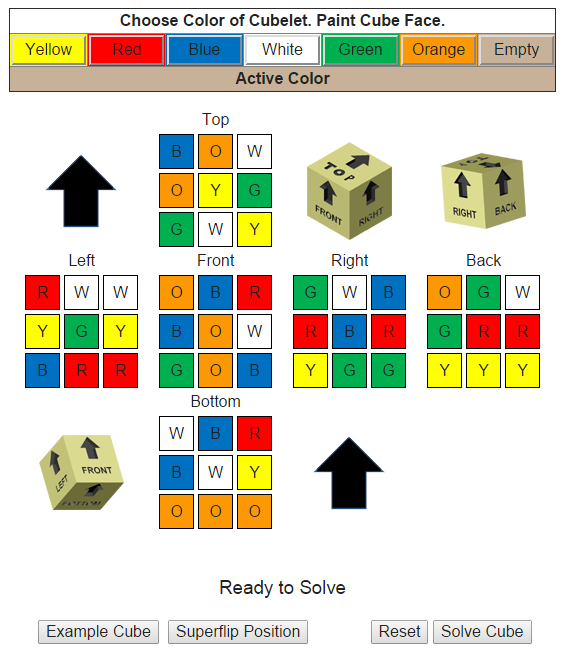 It was Christmas last week, which means if we were living in the 80s many of us would be struggling with Rubik’s cubes left for us by Santa right now.

Amazingly, some people still play with these  fun puzzles, claiming they actually enjoy the challenge.

Of course, if you don’t really care about the mental challenge and just like winning things, one inventive person has designed a website that will tell you exactly how to solve your Rubik’s cube.

Rubiksolve.com allows you to input your Rubik’s cube in it’s current state (basically you just draw it), and then tells you how to solve it in as few moves as possible.

It even explains how to solve the dreaded ‘superflip position’ – commonly thought to be the most difficult configuration to solve a Rubik’s cube from.

The site’s creator says it uses the ‘Kociemba algorithm’ to mathematically solve any type of Rubik’s cube.

MORE: The Pillow 13x13x13 IQ Brick: The puzzle which is basically a Rubik’s Cube on steroids

‘The target audience is those that don’t want to learn how to solve it themselves, and just want a solved cube without pulling off the stickers,’ he added.

There you have it – never again will you have to peel the stickers off and move them around to look smart in front of your friends.