The Sweet Sound of 'She Loves Me' 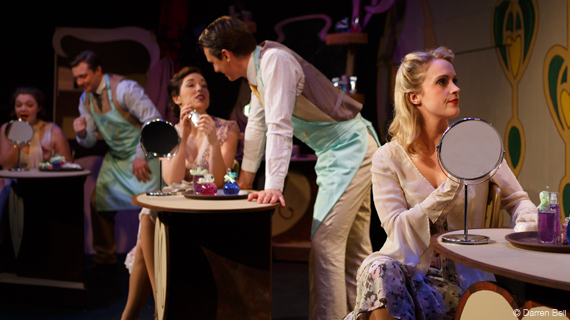 If the musical She Loves Me was set in today’s time, it would be a somewhat quicker affair, decided on a simple swipe to the left on dating App, Tinder. Thankfully, the show comes from a time where people expressed themselves in over 140 characters and sent handwritten letters. From the company that brought Damn Yankees to The Landor Theatre last year, She Loves Me is a similarly interesting musical selection. Staring Britain’s Got Talent runner-up, Charlotte Jaconelli, the show was last on the West End in 1993 and it’s certainly a treat to see its return to London. Like Damn Yankees, this show has a strong songbook containing many tunes you will have no doubt heard before, yet its not often performed in the UK.

The show revolves around a little shop in Budapest and two of its employees. Despite being consistently at odds with each other at work, through lonely hearts ads they unknowingly become each other’s anonymous pen pals and a world of witty romance evolves. It’s a charming tale of mistaken identity based on the play Parfumerie by Hungarian playwright Miklos Laszlo. With music and lyrics from the duo behind Fiddler on the Roof, the score ranges from soaring ballads to intelligent ditties brimming with humor. 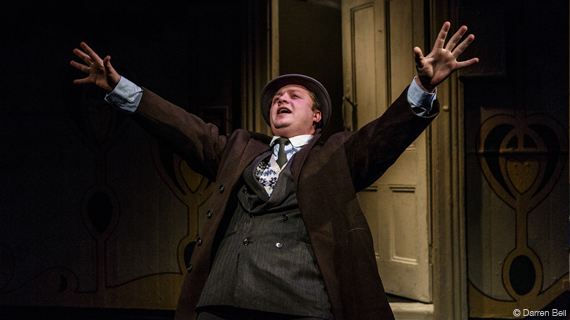 She Loves Me opens to the tune of Good Morning, Good Day a song as sweet as Disney and performed with ease by the various cheerful cast members. From the off, you can let out a sigh of relief, knowing you are in safe hands. Next up is the equally enchanting, Sounds While Selling, which showcases a great lyrical wit paired with rich melodies and well thought out staging. The Landor Theatre is an intimate space where every single person on the stage is showcased, allowing each actor to be seen and heard. The blend of all their voices together culminate in sweet harmonies that hark back to the days of the old romantic films.

Leading lady, Charlotte Jaconelli, is known for her voice and certainly doesn’t disappoint in that department. Playing the role of Amalia Balash, she gets several moments to demonstrate her impressive vocals, including the famous Vanilla Ice Cream, Will He Like Me? and charming duet, I Don’t Know His Name. Her confidant and friend, Ilona Ritter, is played by the well-versed Emily Lynne who also delivers a great voice, along with a lovable and highly comedic character. Equally impressive is Arpad, played by Joshua LeClair, who’s rendition of Try Me is both engaging and endearing. The lead role of Geord Nowack is played by John Sandberg, who has a warming tone to his voice and he manages to completely sell his rendition of the title song She Loves Me. One of the high points of the show has to be A Romantic Atmosphere, which is led by Ian Dring serving up all his fabulousness in the Cafe Imperiale. A great moment for the whole cast on stage to create a loud and high-octane scene that fills the theatre. 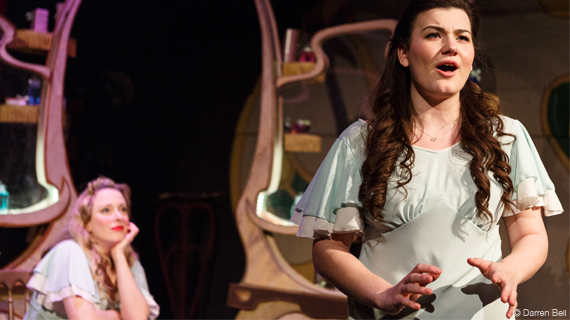 She Loves Me is a musical with with great melodies and lyrics on the surface and a warm heart at its core. The talented cast journey through the numbers with ease to deliver two and half hours of sweet entertainment. It’s a classic musical that makes you want to put down your mobile phone and fall in old-fashioned love. And if that doesn’t work out, there’s always Tinder.

She Loves Me runs until Saturday 7th March 2015, The Landor Theatre