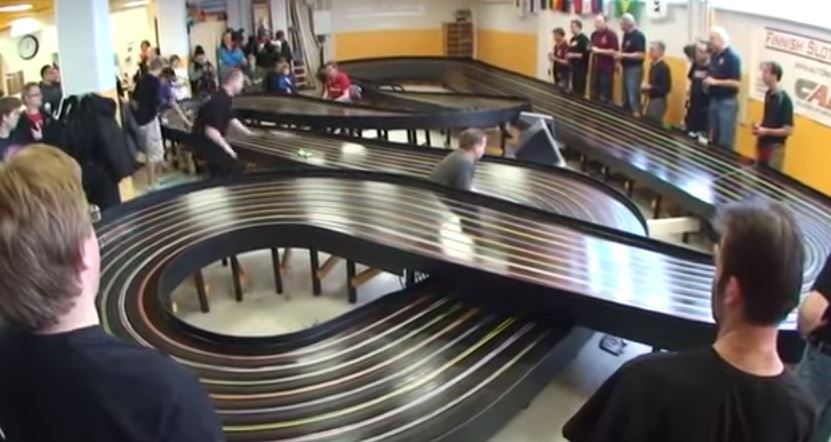 If you thought that the Scalextric set you had as a kid was impressive, prepare to be put to shame.

Because as fast and as skilful as your cars may have been, we’re sure that they had nothing on these racers, from the Slot Car Racing European Championship Finals in Helsinki.

After some careful modification, the cars are seen whizzing round the track at such a speed that they’re only recognisable by their colour, and it almost seems like the whole thing has been sped up after being filmed.

And before you suggest that it’s just a case of squeezing a remote control and watching the cars go, the controllers of each car can be seen with a face of steely commitment, gripping the controls and releasing pressure as necessary.

*Gets Scalextric set out of attic*.